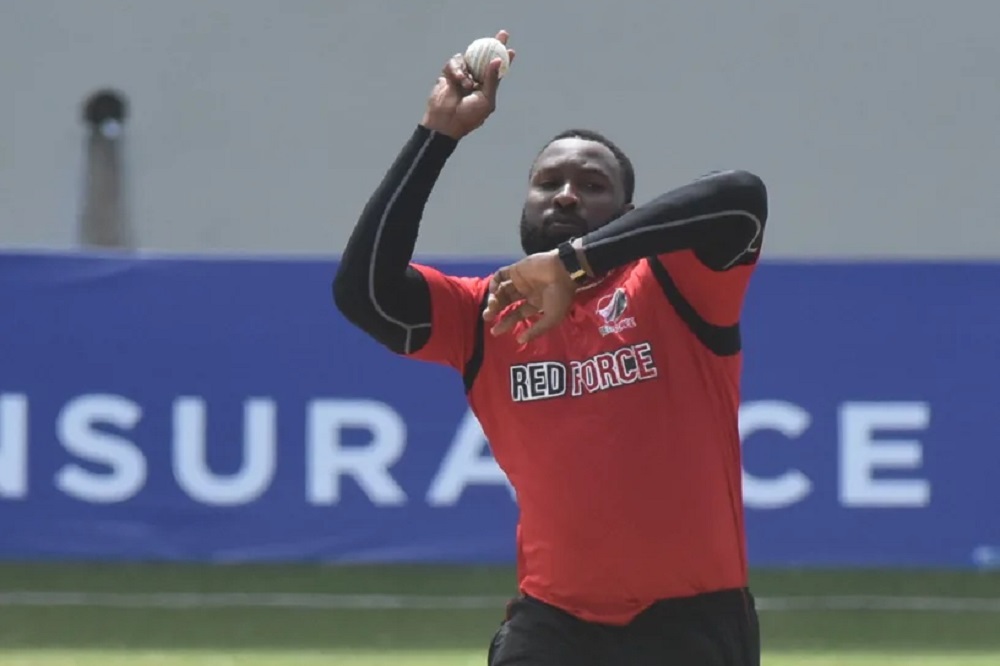 Pollard & Mohammed lead The Red Force to another victory

Pollard’s spell of 5-17 off three overs helped limit Barbados to 253-9 off 50 overs at Sir Vivian Richards Stadium on Monday. Mohammed then made a stroke-filled 122 off 160 balls with 10 fours and three sixes as Trinidad & Tobago reached 256-7 off 49.1 overs to win with five balls to spare.

Mohammed was named the CG Insurance Man-of-the-Match and the Red Force moved to 12 points, alongside Guyana Jaguars at the top of the table. Barbados Pride have lost all three matches so far.

Opener Evin Lewis extended his good form with 61 off 46 balls as he added 117 for the second wicket with Mohammed. The left-hander hit three fours and six sixes, before he was caught at short fine leg off Chase, who was the best bowler with 3-21 off his 10 overs.

Earlier, Chase made 56 and shared a century stand with Jonathan Carter, who also scored 56, to follow up his 58 from the previous match. Left-hander Carter struck three fours and a six off 70 balls while Chase hit five fours and a six off just 57 balls. Opener Justin Greaves topscored with 62 off 81 balls, but Pollard’s match-winning bowling saw the Pride slip from good position of 208-3 to their eventual total.

“The first two games I had two very good starts and I was a bit disappointed that I was not able to carry on. Once I got a start today, I knew it was very important to try and make it count and get a big score and win the match,” Mohammed said.

“I’m very happy with my performance. It is important that we stay focused and we have to believe in each other and continue to play together as a team. We have been getting runs and the bowlers have been taking wickets, so with three wins in three matches ... we are on the right track.”