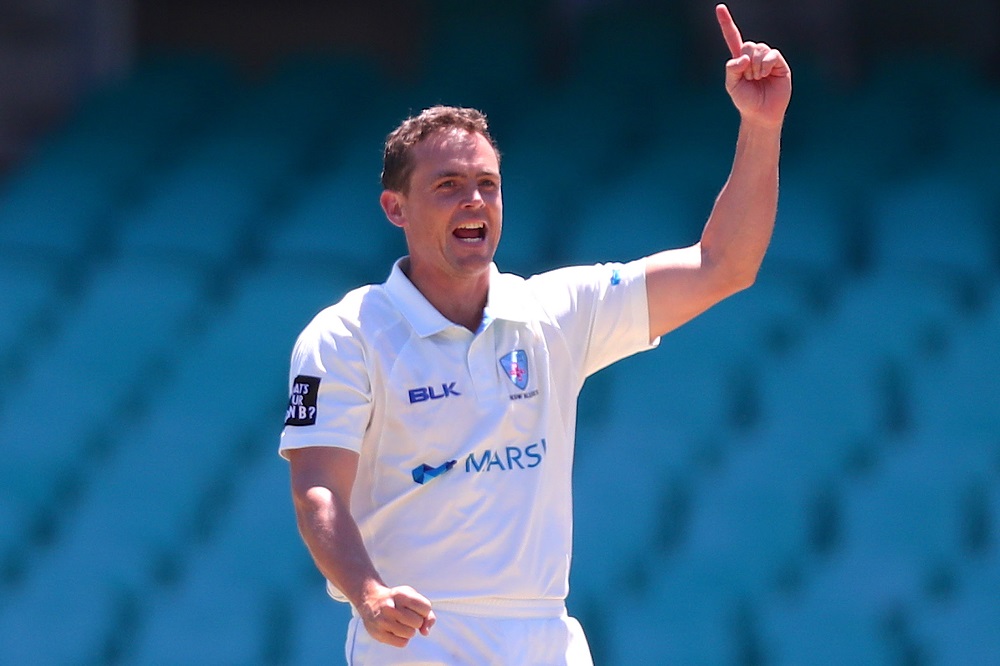 Eight First Class players including Test spinner Steve O’Keefe are in the 12-man squad named for a New South Wales XI to play the England Lions in a four-day match starting next Monday in Wollongong.

O’Keefe headlines the exciting young squad to meet the English tourists at North Dalton Park. The NSW XI will be captained by Blues batsman Ryan Gibson.

A left-arm seamer, Sams was the leading bowler in the Big Bash, claiming 30 wickets at 15.37 in 17 matches for the Sydney Thunder.

Hadley and Sangha were part of the Australian side that made the 2018 Under 19 World Cup Final.

O’Keefe recently claimed his 300th First Class wicket and now has 301 First Class scalps at an average of 24.66. The left-arm finger-spinner played nine Test matches for Australia, the last being in Bangladesh during September 2017.

O’Keefe famously claimed 6-35 in each innings of the first Test against hosts India in early 2017.

The fixture will be the final match of the England Lions tour that started on 2 February.

On 11 February, the Lions met a NSW XI in a limited-overs fixture at Drummoyne Oval, prevailing by 52 runs.

Gibson also captained that NSW XI side and top-scored for the match with 87 from 81 deliveries.