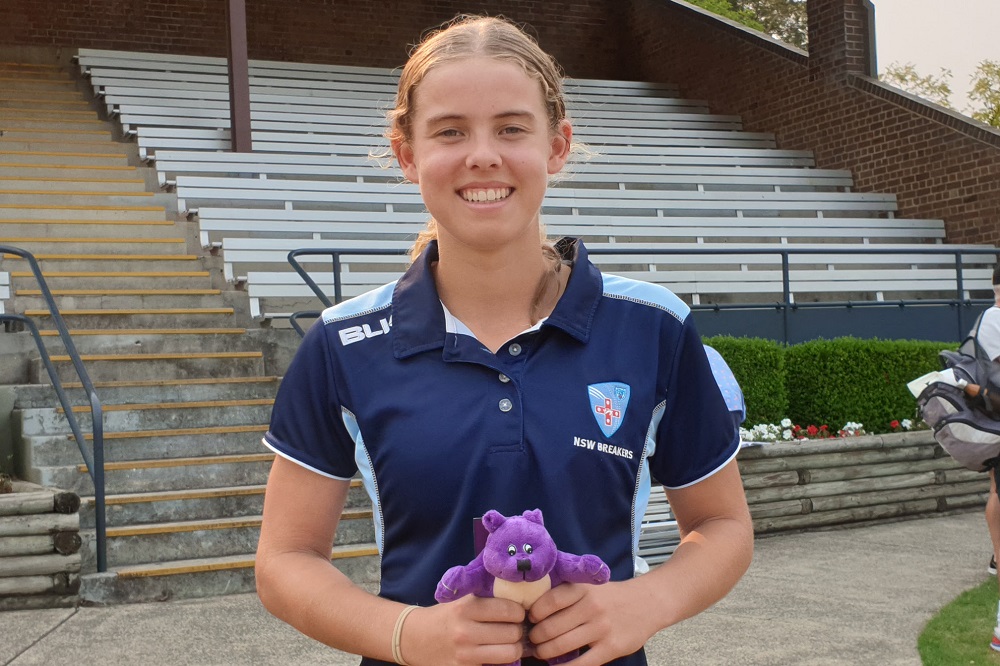 A remarkable performance by rising star Phoebe Litchfield and inspired all-round display from retiring veteran Rene Farrell have taken the NSW Breakers to the top of the Women’s National Cricket League table.

The 16-year-old Litchfield was Player of the Match against the ACT Meteors on Tuesday, scoring an unbeaten 82, while Farrell made 38 not out as the Breakers recovered from 5-37 to make 6-179 at Hurstville Oval, passing their target of 177 with two overs to spare. The next top score was Ashleigh Gardner with 19.

This followed Farrell claiming 3-12 from 7.2 overs earlier in the day after the Breakers won the toss and bowled.

It was Litchfield’s first half-century in her fourth WNCL match. She faced 119 balls, hitting 10 fours and a six. It followed a pivotal innings in the Breakers’ previous match of 44 in 40 balls against Queensland during last Thursday’s win.

Playing for the Sydney Thunder earlier in the season Litchfield scored an unbeaten 52, top-scoring with a match-winning inning in just her second game.

She came to the wicket on Tuesday with the Breakers struggling at 4-37 with Australian players Alyssa Healy (0) and Rachael Haynes (10) already out then Gardner was run out with no addition to the score.

Litchfield played an innings beyond her years, adding 54 with Lauren Smith (17) and then sharing an unbroken partnership of 88 with Farrell, who is retiring at the end of the season.

Each team have four matches remaining, with the Breakers’ next game a rematch against Queensland at Canberra’s Manuka Oval on Wednesday.