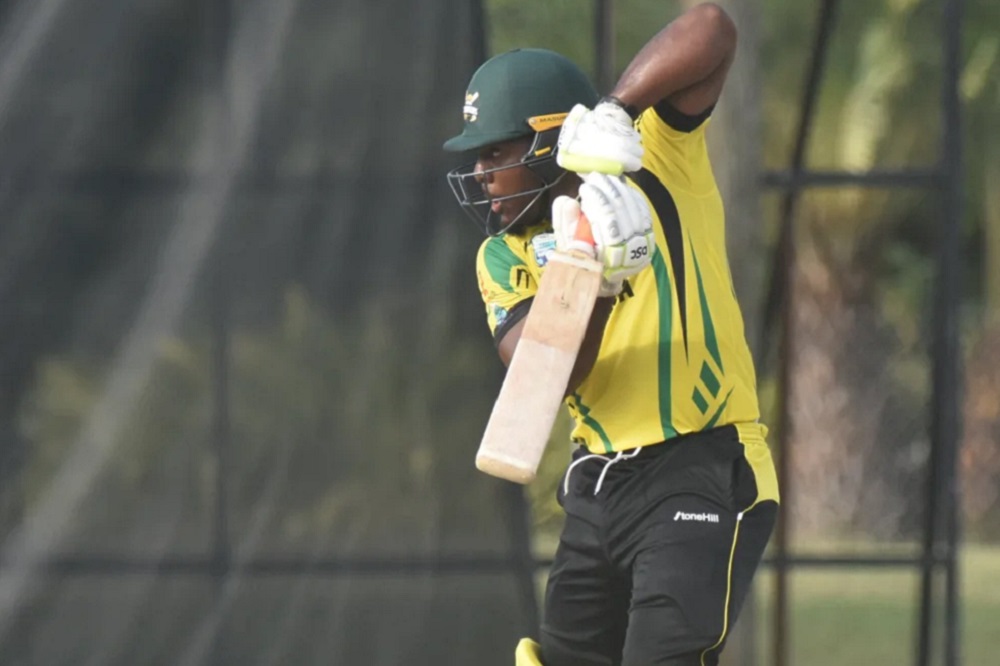 Andre McCarthy took a sensational hat-trick as Jamaica Scorpions made an incredible comeback to beat Barbados Pride in their final preliminary match of the CG Insurance Super50 Cup on Sunday. The off-spinner ended with the amazing figures of 6-16 off 9.1 overs to lift his team to victory by 51 runs under lights at the Coolidge Cricket Ground.

It was Jamaica’s second win in a row which took them to eight points and they qualified for the semifinals. Chasing 219 for victory Pride were bowled out for 167 due McCarthy’s career-best figures and the best for Jamaica in List A history. He was named the CG Insurance Man-of-the-Match.

At one stage Barbados appeared on course to victory at 141-2 in the 29th over as Shai Hope topscored with 51. The turning point came in the 40th over when McCarthy took his hat-trick. He had Ashley Nurse caught behind by keeper Aldaine Thomas and then bowled Akeem Jordan and Joshua Bishop, as they both pushed defensively at the ball. McCarthy had the pleasure of sealing the memorable victory as he picked up the final wicket when he knocked over the stumps of last man Chemar Holder.

“It’s overwhelming and just a full team effort, everyone believed in me and I just went out there and did the job. I normally keep it tight as a bowler and knew once I did that on this surface, the wickets would come. When I bowled to their batsmen they were tentative, so I just applied the pressure,” McCarthy said.

“I’m one of the senior players in this team and have to give a big performance. I didn’t make any runs so I knew I had to contribute with something in the game. I told the skipper ‘give me the ball and I am going to do the job for you today'. I’ve been working really hard on my bowling. I was in Bangladesh with the West Indies team and I was doing a lot of bowling. The coach really recognised my bowling and it’s something that is working for me now.”

Earlier in the day, a courageous 68 not out from Odean Smith, batting at Number 10, was responsible for Jamaica’s stunning fightback. They were in deep trouble at 87-8, but the last two wickets added 131 priceless runs. The powerful Smith smashed five fours and four sixes off 75 balls. He added 80 for the ninth wicket with Jamie Merchant, who made 37 off 34 balls with four fours and a six; and then 51 with Jeavor Royal (16) for the last wicket.

Left-arm spinner Joshua Bishop took the first five wickets to fall with the new ball and ended 5-35 – the key wicket being Brandon King, who was magnificently caught by Nurse at slip, diving full length to his right.

Upcoming match on Monday: Guyana Jaguars vs Windward Islands Volcanos at Sir Vivian Richards Stadium at 9am (8am Jamaica Time).