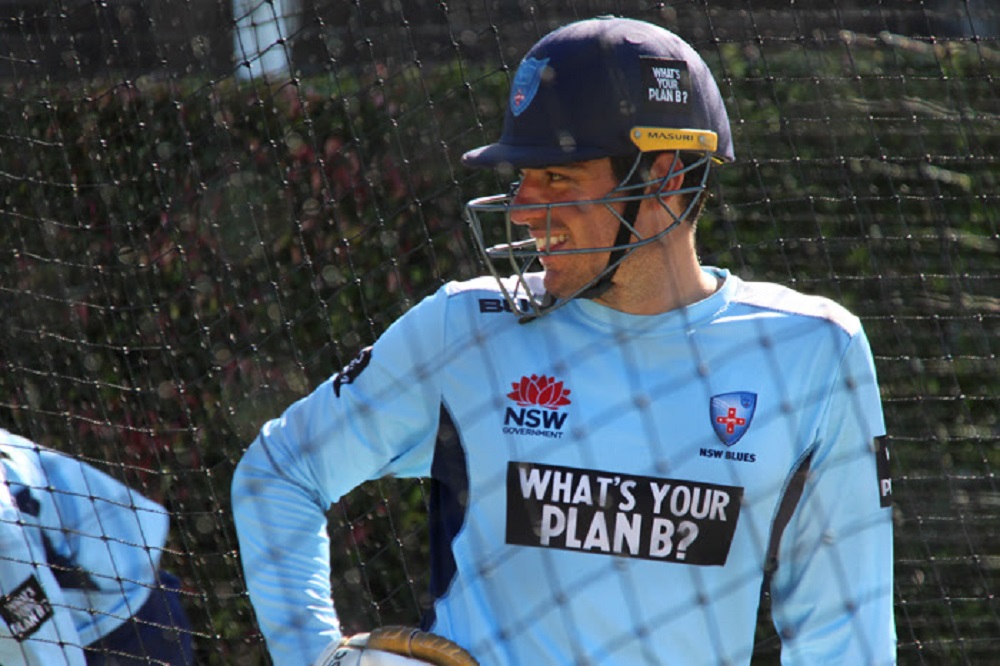 Allrounder Moises Henriques has been named in the 13-man NSW Blues squad to travel to Perth for the final round of the Marsh Sheffield Shield against Western Australia at the WACA Ground, starting on Tuesday.

Henriques returns to the squad after missing the last match against Tasmania due to the flair up of back pain prior to play on the first morning. The squad who travelled to Hobart is unchanged.

“Back is feeling much better,” said Henriques on Thursday.

“It is out of spasm now which is nice. I got through training today nicely, and there were no issues at all, so hopefully it stays that way.”

Despite the loss to Tasmania last week, the Blues are assured a place in the Shield Final, two wins clear of Victoria at the top of the table.

However, the continued focus of the squad is their next match.

“The good thing about this team is that we have been taking every game as it comes," Henriques said.

“We’ve got a big game coming up against WA over at the WACA. It will be nice to play there again.

“It’s going to create a lot of very different challenges to what we’ve been asked of so far this season."

Henriques, 33, has missed the last two matches for the Blues.

The powerful right-hander and Kurtis Patterson were both absent from the 133-run win over South Australia playing for Australia A against the England Lions at the MCG.

Henriques captained Australia A in what was his 100th First Class match.

Australian Test off-spinner Nathan Lyon has again been named in the squad for next week’s match at the WACA.

Former Test spinner Stephen O’Keefe will not travel to Perth and will play for NSW Metro in the Toyota Second XI match at North Dalton Park, Wollongong, starting Monday.