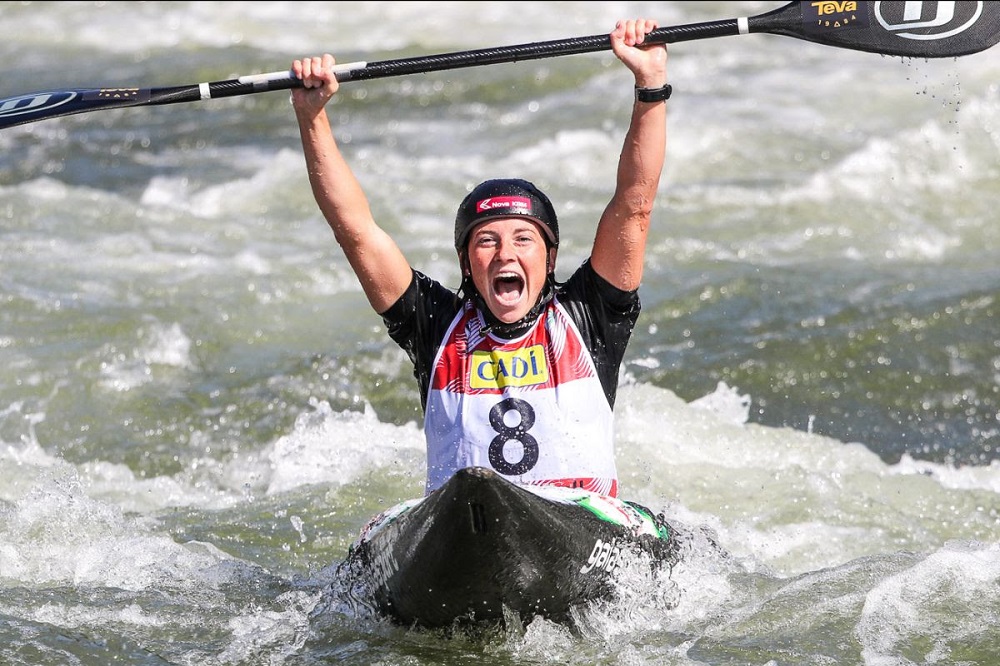 Tercelj and Joly have reasons to be cheerful

Two first-time world champions were crowned and a long list of athletes booked their tickets to Tokyo on an emotional day of competition at the ICF canoe slalom world championships in La Seu, Spain, on Saturday.

France’s Cedric Joly put a difficult season behind him to take gold in the men’s C1, while Slovenia’s Eva Tercelj not only celebrated her first ever world championship podium, but also secured the women’s K1 gold.

Tears flowed freely for 24-year-old Joly after he notched up the biggest win of his career.

“I already cried after the semi-final, it was my first final of the season, the year has been super hard for me,” Joly said.

“I feel really emotional right now, it is unbelievable. I really had a hard time qualifying to the team this year, so the whole season was complicated. I had a very hard time around July, after the second world cup, when I told my coach I was done with my training centre, and that I had to move.

“I moved to Paris, and I changed quite a number of things this summer, and it’s paid off. It was an amazing run, I love racing here, the crowd cheered me up from the first gate until the bottom.”

Joly finished 0.51 of a second ahead of Spain’s Ander Elosegi, who is off to a fourth Olympic Games, while Slovenia’s Luka Bozic picked up a bronze, a two-second penalty for a gate touch ruling him out of the gold medal.

12 months earlier at the 2018 world championships she couldn’t even make the semi-finals.
“This is still a dream for me, I was always dreaming about it, and now it is the best end of season that I could imagine,” Tercelj said.

“One year ago it was a really hard experience for me, but I think I learned a lot. It was the mindset in which I started this season, I think this is the right comeback. I can see that it is still worth fighting for.

“I think I did a great step forward this season, I have been very confident all season, which is so important.”

Despite their world titles, both Joly and Tercelj were two of a handful of athletes who have still to confirm their ticket to Tokyo. They have qualified the quota for their country, but individual selections have not been finalised.

Among those who did confirm their Olympic selections on Saturday were Australia’s Jessica Fox, Germany’s Ricarda Funk, New Zealand’s Luuka Jones, Italy’s Steffi Horn and Great Britain’s Kimberley Jones in the women’s K1.

The 2019 ICF canoe slalom championships finish on Sunday, with finals in the men’s K1 and the women’s C1.