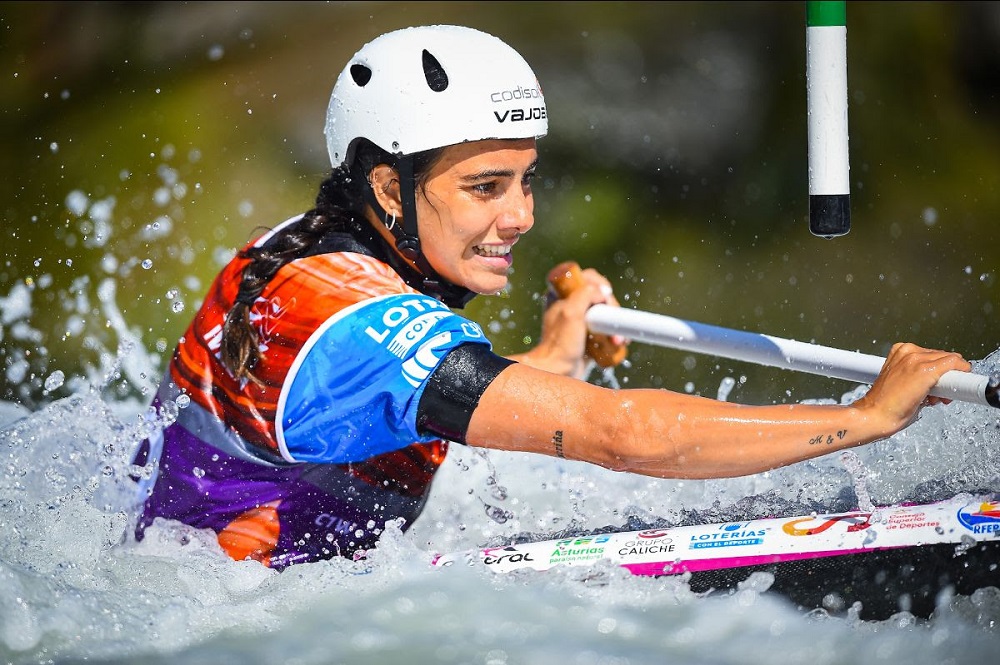 Italy and France take the honours

Italian and French canoe slalom teams took the honours on the penultimate day of the 2022 ICF Junior and U23 Canoe Slalom World Championships in Ivrea, Italy, taking two gold medals each.

A week ago, Elena Borghi tested positive for the Covid-19 and had to stayed at home, without training and preparation for the world championships. Now, all is forgotten as the 20-year-old paddler from Ferrara won in the women's U23 canoe final of the 2022 ICF Junior and U23 Canoe Slalom World Championships in Ivrea.

"I am so happy, I can't even talk. I haven't realised it yet. It is really amazing here at home with my family, with my friends, it's really special. Thank you to all the people who support me, thank you very much," were the first words of Borghi.

"I had Covid last week, so I was lucky I know the course so well. I had just one session and for me this medal is really good, because it was so hard. I don't feel really confident with my body because I stayed at home one week. I am so happy that I did this."

Lucia Pistoni followed the footsteps of Borghi and won in afternoon's junior K1 final. The 17-year-old from Ivrea took advantage of the home course and produced the best final run in women's junior kayak final. The favourites made too many mistakes, while Pistoni navigated through the gates without any penalties.

"I am very happy. Before the start I was so scared. I am at home, I have all my beautiful family with me," Pistoni said.

"It's fantastic. It's so cool, everything is so beautiful right now. I can't explain. I'm shocked. When I came to the finish line and saw that I am first, I said: 'Oh, my god, oh, my god."

In the men's junior kayak final another 17-year-old managed to put down the best final run. Titouan Castryck from France was the one who won the gold medal, and he did it for the second year in a row. He was the only athlete in Ivrea who managed to defend the title in slalom events.

"It is really good, it was a lot harder, but I am happy I managed to keep it. It was more stressful before the heats and in semis, and in the final a bit more than last year," he said.

"I didn't have really good feelings on the water. I managed to do a clean run and that's the most important," said the future of French canoe slalom, who has canoeing in his blood. Both of his parents are involved in canoeing, his mother Anne Boixel represented France in two Olympic Games.

Castryck qualified for the senior French team this year and in two weeks we will see him competing at the senior canoe slalom world championships in Augsburg.

Silver medal went to Czech Republic thanks to Stepan Venc, who competed at his first junior world championships ever, and Sam Leaver from Great Britain was third.

Men's U23 canoe final also ended with French celebration. Mewen Debliquy, Junior C1 European Champion from 2020 and 2021, competed in the U23 age group for the first time and this was his second gold medal at the 2022 ICF Junior and U23 Canoe Slalom World Championships in Ivrea. On Tuesday, he won gold medal in men's C1 U23 team race together with Jules Bernardet and Adrien Fischer.

"It was hard. I did not have the best semi-final, I was tenth. It was not the best start of the day, but I managed to do a clean run. Not the fastest, but clean. I did not know what to expect because I was the first to go. Now I am World Champion. I am so happy," said Debliquy, who will also represent France at the upcoming senior Canoe Slalom World Championships in Germany.

Kacper Sztuba from Poland won silver medal in men's U23 C1 final and Vojtech Heger from Czech Republic was third.

On Sunday, the 2022 ICF Junior and U23 Canoe Slalom World Championships in Ivrea will conclude with extreme slalom events.