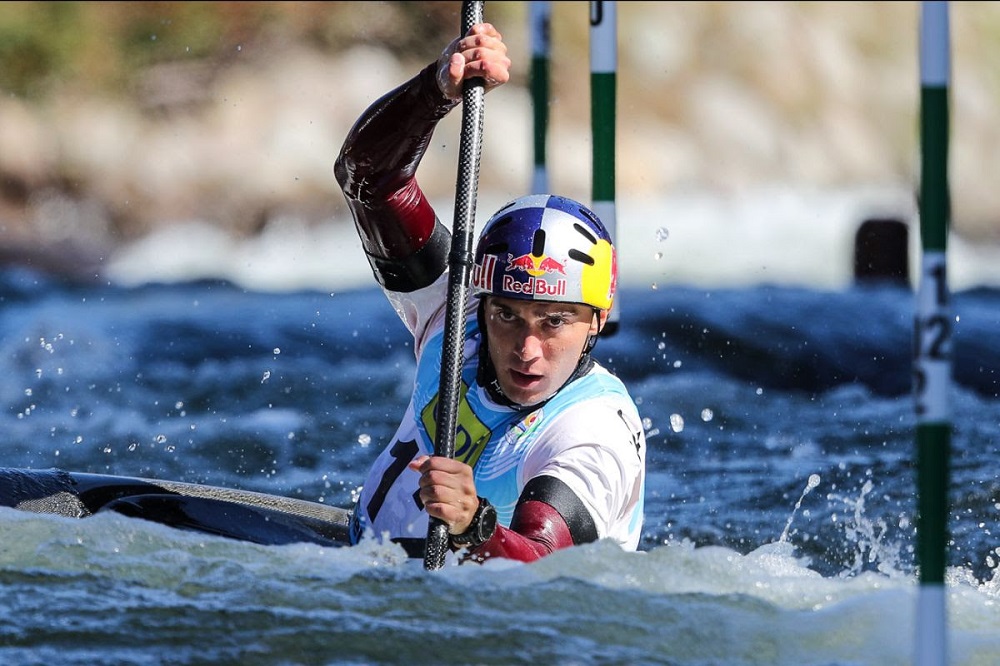 Fox and Grigar turn on a masterclass

The world championships are also doubling as a qualifying event for next year’s Tokyo Olympics, but final quota allocations will not be decided until after Sunday’s semi-finals.

Fox, a four-time C1 world champion and favourite for Olympic gold when the discipline makes its debut next year, delivered close to the perfect run to finish quickest in Friday’s heats. 24 hours earlier the two-time Olympian also locked away a quota for Australia in the K1.

“Smooth and tidy, that was the goal for that run,” Fox said.

“I knew that it was challenging from yesterday, having done it in kayak, I knew it was a challenging course. In C1 I almost felt like it was easier, I was on the top of the water a bit more and it felt quite nice.

“It’s an added layer of pressure to qualify the quotas for the country. I actually didn’t expect it to happen on qualification day, so it’s nice to have that job done and now I can focus on those semi-finals.”

Great Britain’s Mallory Franklin once again showed she is a major threat to Fox, picking up four seconds in penalties but still finishing only 1.90 seconds behind the Australian. Teammate Kimberley Woods, who is involved in a tight tussle with Franklin for the one available GB quota place, was third fastest.

Jakub Grigar once again reminded everyone of his potential by finishing quickest in a crack field of men’s K1 paddlers. The two-time U23 and junior world champion ripped through the La Seu course in 86.93 seconds – only reigning Olympic gold medalist, Joe Clarke of Great Britain, was able to get within a second of the Slovakian’s time.

“I was actually really surprised because it didn’t feel like anything special,” Grigar said.

“I actually felt a little tired after five gates, so I just tried to keep the boat moving and have a good run. When I got to the finish line I didn’t even know which time was mine.

“It was always inside me, it’s not something special that I am doing now. I had to realise that you can’t push so hard, you have to think about your run and the boat. Some times less is more, and that’s what I am trying to do.”