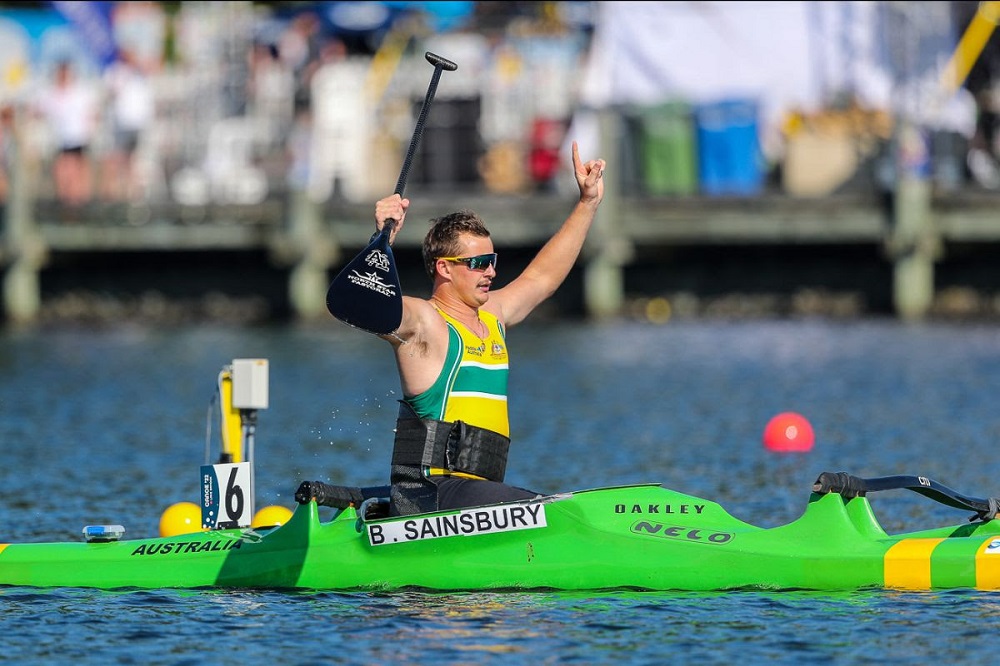 Australia’s Benjamin Sainsbury, competing at his first world championships, and Germany’s Lillemor Koeper have won the first two gold medals on offer at the ICF Paracanoe World Championships in Dartmouth on Wednesday.

Sainsbury triumphed in the men’s VL1, an event tipped to make its Paralympic debut in Los Angeles in 2028, while Koeper successfully defended her VL1 title.

21-year-old Sainsbury said he was confident of a strong showing.

“The nerves were crazy on the start line, I could feel the butterflies in my throat, but I knew we’d put the work in and I can’t thank my coaches enough,” Sainsbury said.

“There’s always that little voice in the back of your head that warns you not to expect too much on your first time.”

Sainsbury was badly injured as a teenager in a motocross accident in 2017. He tried out for wheelchair basketball and made the Australian U23 team, but then got poached by Western Australian canoe coaches.

It was a big decision to change sports for a teenager living in the Australian bush, facing a one hour commute every day just to get to a training venue.

“I fell in love with it from day one, I ended up leaving basketball to come to this, and I think it’s a great result,” he said.

“Training twice a day, and sometimes three, it’s a fair bit of driving and my fuel bill is nice and expensive. But events like this make it all worth it.”

Lillemor Koeper also had to overcome self doubt as she waited on the start line for her final.
“I was very nervous before the start because in training I had some difficulties, so I wasn’t sure if I could make a perfect race,” Koeper said.

“It’s fantastic, I can’t believe it. I came here with a dream that I would win again.”

In other paracanoe results, Ukraine’s Mykola Syniuk made a strong start to the defence of his men’s KL2 world title, safely winning his heat to progress straight to the final. Syniuk said it had been tough preparing for the world championships while also worring about the war in his homeland.

“It’s been really hard because we can’t train in Ukraine,” Syniuk said.

“But thanks to the French federation we have been able to train in France. We want to do everything we can to win here, to show the world that Ukraine still exists.”

Syniuk’s teammate and multiple world champion and two-time Paralympic gold medalist, Serhii Yemelianov, has chosen to take a break from paddling this year to help support the Ukrainian war effort.

Yemelianov offered his world and Paralympic gold medals for sale online to help raise funds for the Ukraine army. The successful bidder paid the money then refused to take the medals, allowing the Ukrainian athlete to keep his prized possessions.

The women’s VL3 will make its Paralympic debut in Paris in 2024, with Great Britain’s Charlotte Henshaw the early favourite to win the first gold medal. Henshaw is the reigning world champion in the event and won her way comfortably into this week’s final.

“It is really crucial, especially because I have a really busy program here,” Henshaw said.

“I have a race every day here, so it’s a much busier program than I am used to. It’s a fact-finding mission here to find out how my body recovers, how we can get the best out of myself in the two boats.

“I’ve always seen Vaá as a fun event for me, obviously kayak was the thing I came into the team on and I raced the Va’a for fun. Now we have this really amazing opportunity that we can go and showcase, we’ve seen already that it’s super competitive in the first year that it has been a Paralympic event.”