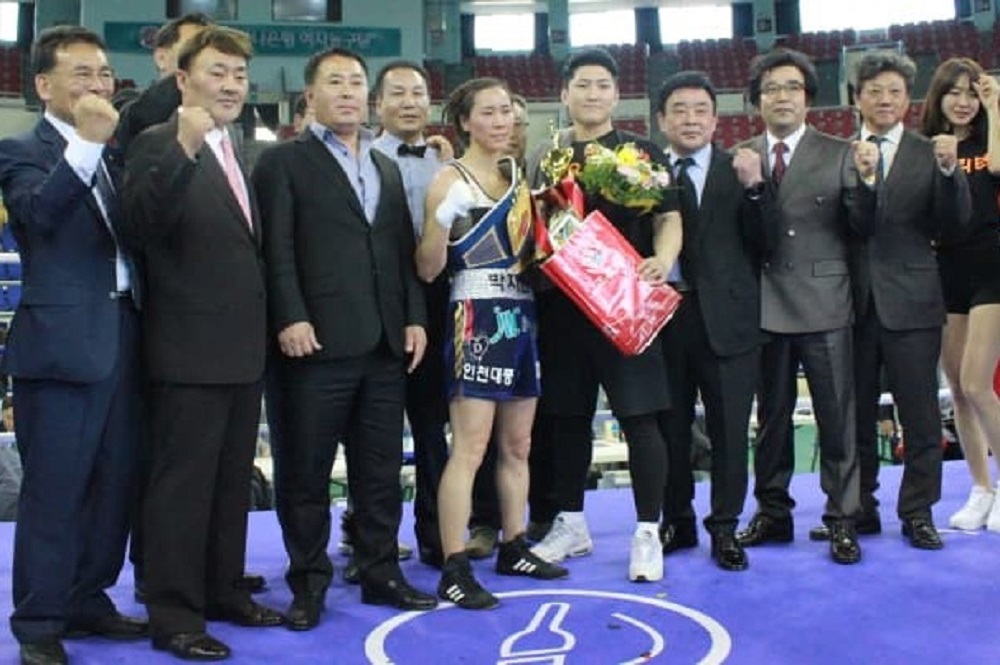 At the massive Bucheon Gymnasium in Seoul suburb Bucheon, the 33-year-old scored a landslide unanimous decision over Chinese challenger Yu Fei Wu, with scores of 100-90, 100-90 and 100-91 from judges Kyung-Han Lee, Yeong Bok Park and Sung-Chul Jo.

Park was basically a level above the eighteen year old Wu, and controlled the fight quite easily, despite Wu being game and never giving up in her attempts to find a way into the fight. The champion was just too crafty and skilled, but never appeared close to getting a stoppage.

A professional since 2005, and a veteran of twenty championship fights, including fifteen successful world title-defenses, Ji Hun Park improved her record to 24-3 (7), while Yu Fei Wu has plenty of time to come again and travels back to China at 7-3 (1).