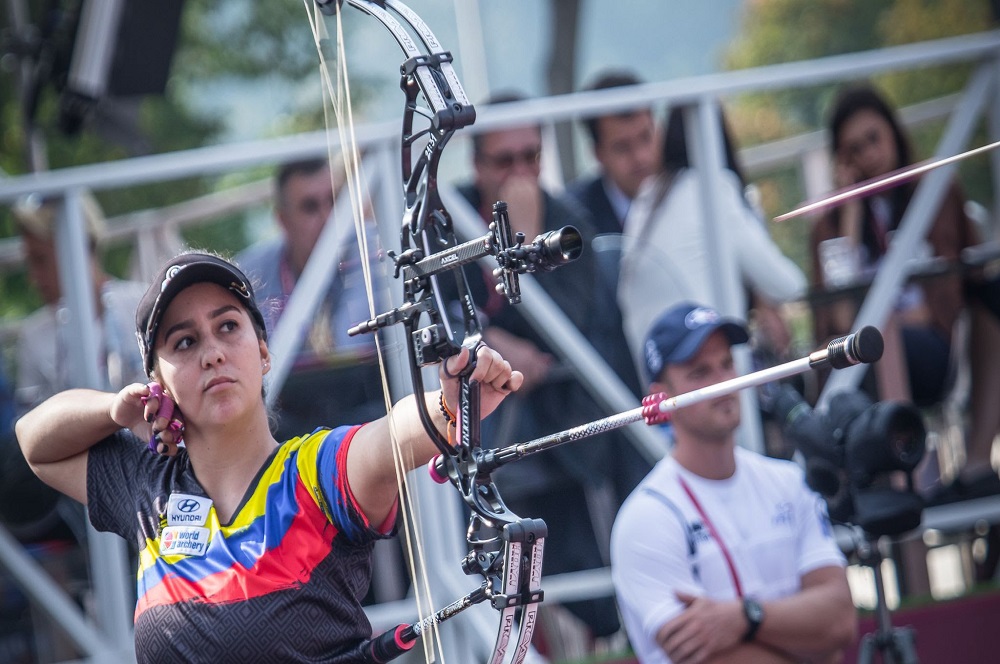 The 24-year-old won 85% of her matches and averaged 9.76 points per arrow in 2019.
Colombian compound woman Sara Lopez has been chosen as archery’s nomination for the World Games athlete award for the second consecutive year in 2019.

The world number two won a record fifth Hyundai Archery World Cup Champion title in Moscow in September and took gold the Pan American Games, the first in history to include a compound competition, earlier in the summer.

She won the last World Games held in Wroclaw in 2017.

One athlete from each of the 25 sports at the World Games has been nominated for the 2019 athlete of the year award. The winner will be decided by public vote.

Voting is open now. You can vote once every 24 hours.

On Monday 20 January, 15 athletes will be eliminated and only the remaining 10 continue until the vote closes on 30 January 2020.

The World Games is a multisport event held every four years with a programme that features compound target archery, and recurve and barebow field archery.