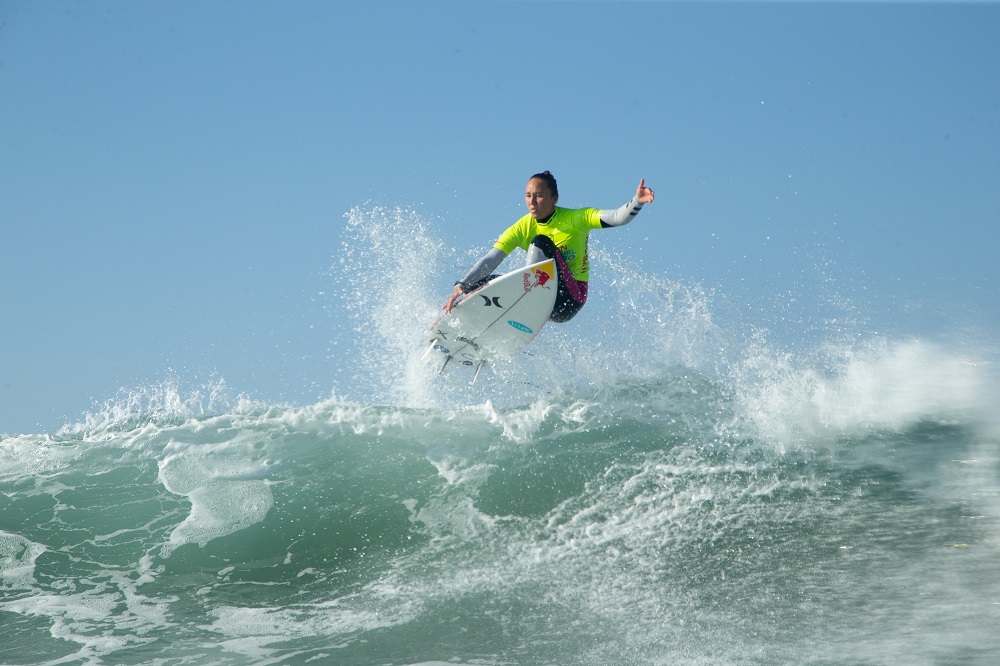 “Today was really fun with the waves getting way bigger and better with that hurricane swell, so Caity (Simmers) just gave me some of that local knowledge and told me where to go,” said Peterson. “There was a ton of opportunity and I think that’s just good for competition when surfers can get a lot of waves, but we just kept gaining momentum all day. The future is very bright for Caity if this is what she wants to do. I think she’s just a phenomenal surfer and everyone’s seen it around the world now.”

“I was pretty nervous being teamed up with Lakey (Peterson) because she’s really good and she’s a really cool person,” said Simmers. “It was great to see all the people here supporting me, I thought that was super nice to have that backing. It also made me a little nervous, but I just went out and surfed my best. I’m stoked to be on the winning team and get my first Super Girl cape at home.”

In the Super Girl Pro's adaptive surfing competition, Alana Nichols and Faith Lennox took out the wins in their respective heats. Nichols now adds the Super Girl title to her resume alongside her three Paralympic Gold Medals and 2010 Paralympic Sportswoman of the Year title. In only her second time competing at the Super Girl Pro, Lennox claimed her first win following her stellar performance in Oceanside.

"Surfing is my creative outlet,” said Nichols. “Every other sport I’ve done is so linear, it’s so competitive from start to finish. Surfing is so creative and it just makes me feel so free. I get to leave the wheelchair on the shore and it’s just truly freedom for me.”

“It was so fun,” said Lennox. “The current was kind of strong and the waves were really pumping, but I loved surfing out there with all my friends and being here with the professional surfers. Watching them and being a part of Super Girl is just so cool.”