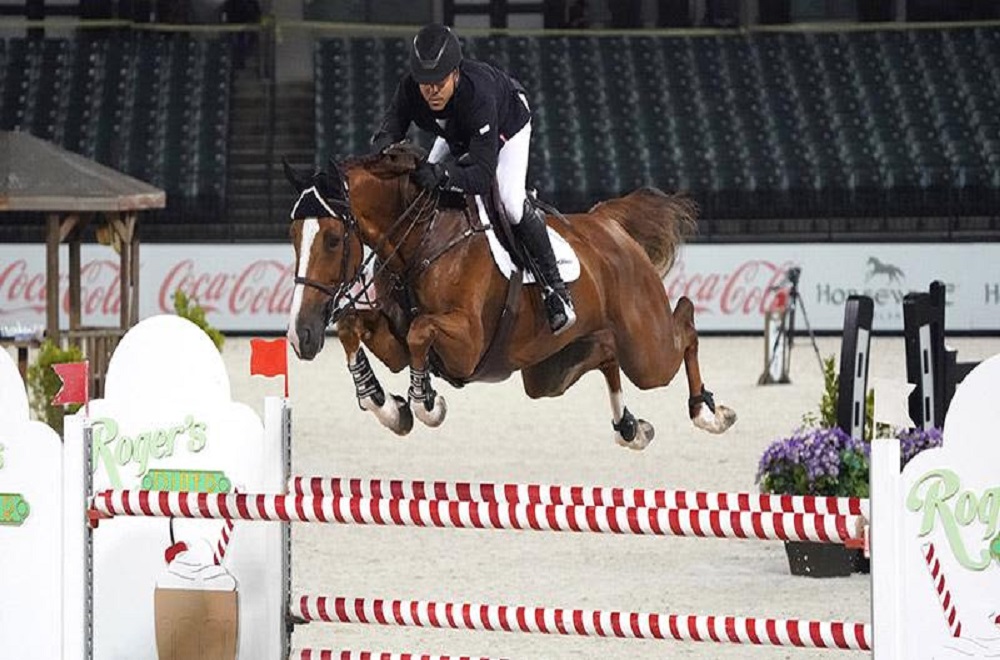 Farrington praised the mare on her growth in the sport:

“Kaprice is an amazing horse. She’s an amazing athlete. You never worry whether she’s going to knock a rail down. As you can see in the ring, she’s very careful. She’s actually learned to jump a little bit lower because she used to jump so high over the fences. During these difficult times, I want to keep her getting as much experience as possible because she really needs it to become a Grand Prix horse. She’s not a horse who can go a year without jumping. We have to keep her going enough to get her to the big levels,” explained Farrington.

Kaprice is “naturally fast” according to Farrington who said he had to stick to his plan and keep her on track.

“There were a bunch of rollbacks in there, and she actually got lost coming to the vertical. She didn’t put her eye on it, so I had to sit back and hope that she cleared it from a very awkward distance. She’s such an athlete, though, so she got away with it. I’m very proud. The owners, the McNerney family, have been longtime supporters of mine. They’ve been very patient in letting these horses grow up and helping get some good ones on the team. I really think we have a nice horse here with Kaprice!”

Farrington is pleased to be back at TIEC and complimented the new, fully-engineered footing in the venue’s Tryon Stadium.

“The footing feels great! It’s much better. It’s a little more loose and forgiving for the horses. I think that’s best. The closer you are to a natural ground like grass, the better. It feels good to get off the property, [too]. We’re lucky that we do a sport that’s outdoors, and we can practice safe social distancing and still continue on somewhat of a path.”