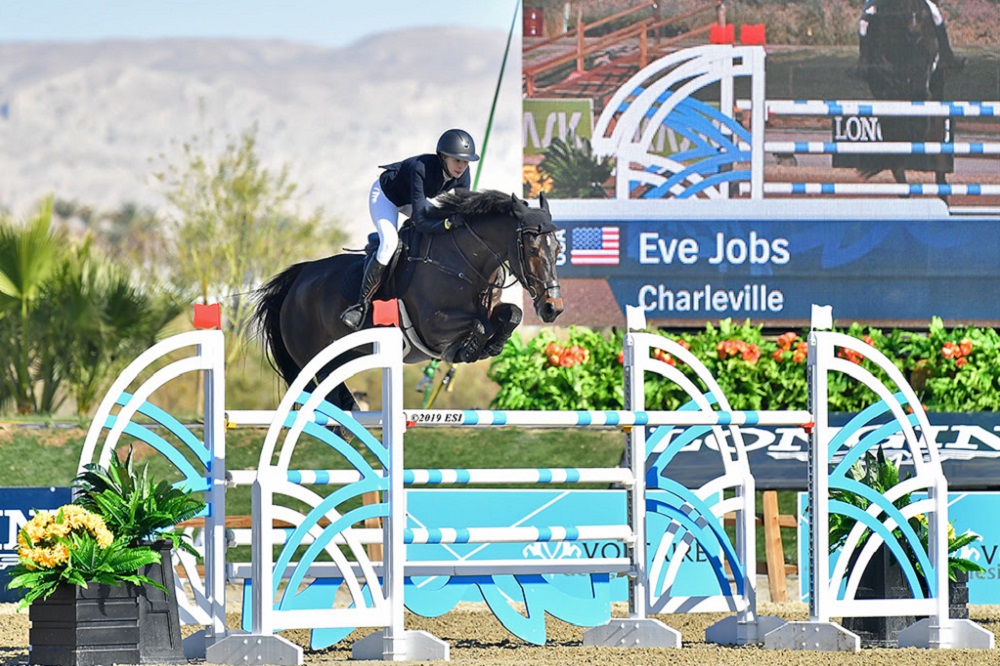 Eva Jobs is the fastest

The first FEI class of the National Sunshine Series Week II, CSI 3*-W, the $40,000 Desert Welcome Stake, presented by Boehringer Ingelheim, set the stage for a competitive week. With 74 taking to the Alan Wade speed track, 18th to go Karl Cook (USA) and Signe Ostby's E'Special set a smoking time in 64.52 seconds, only to be beat by a mere half of a second by next rider in the ring Mathis Schwentker (GER) aboard NKH LLC's Caruso, who finished in 65.08. Twenty rounds later Eve Jobs (USA) came in on her second mount Charleville. The young phenom left both those times in the dust, stopping the clock in a blazing 61.52. Almost thirty rounds after Jobs topped the class, Nicolaj Hein Ruus (DEN), on his third mount, Crusador Z, made a fabulous effort in 61.61 just a tenth of a second slower, but taking over second place, relegating Schwentker to third and Cook to fourth.

"Charleville is great at the shows and knows when it is game time. He is a fighter and a real winner," Jobs noted of her twelve-year-old Dutch gelding. She went on to say, "I love Alan Wade’s courses and I think he is absolutely brilliant and I think he nailed it today, it was really fun to ride."