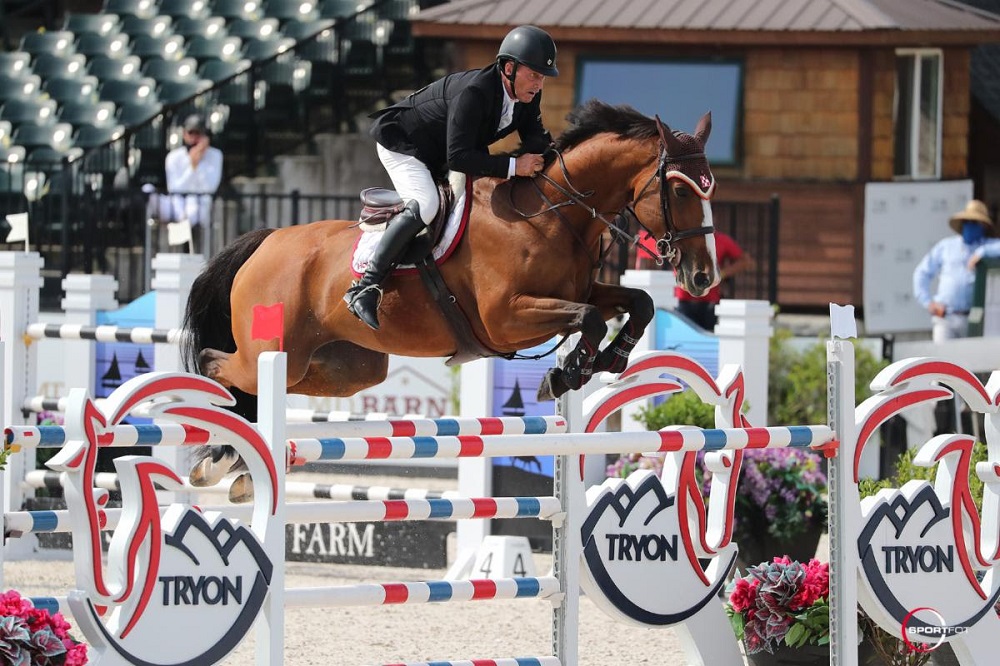 Minikus and the 2009 Zangersheide mare (Andiamo Z x Landaris) owned by the Bit By Bit Group stuttered a bit on their way to the second jump-off obstacle, he explained: “It was a fast jump-off. I kind of got stuck in the corner from fence one to two, and almost circled, actually, and finally she came around, and I continued on to the fence. I thought for sure I wasn’t going to be fast enough, but it was good enough.”

In a big class of 65 first-round entrants and a jump-off cohort of 14 horse-and-rider pairs challenging the Guilherme Jorge (BRA) designed track, Minikus credited Amex Z’s consistency and speed to chasing down the win, noting that he’s already collected several wins in the irons with “Amex” throughout the 2020 season: “She’s been awesome the last couple weeks. This is, I think, her sixth or seventh win here in the past few weeks. She’s done quite well.”

Fresh off success in the Hunter divisions throughout Tryon Summer 4 competition, including a top placing in the $40,000 USHJA International Hunter Derby in Tryon Stadium, Minikus noted that Hunters were where he got his start in the equestrian sphere. “Everybody started out in the Hunters, you know. Once upon a time I only did Hunters! I didn’t even ride Jumpers, so it’s not my first day.

“My plan for Saturday’s Grand Prix is for Amex to win again!” Minikus concluded. “Sometimes plans come together, and sometimes they don’t, but she’ll show again on Saturday [in the $73,000 JTWG, Inc. Grand Prix CSI 2*].”