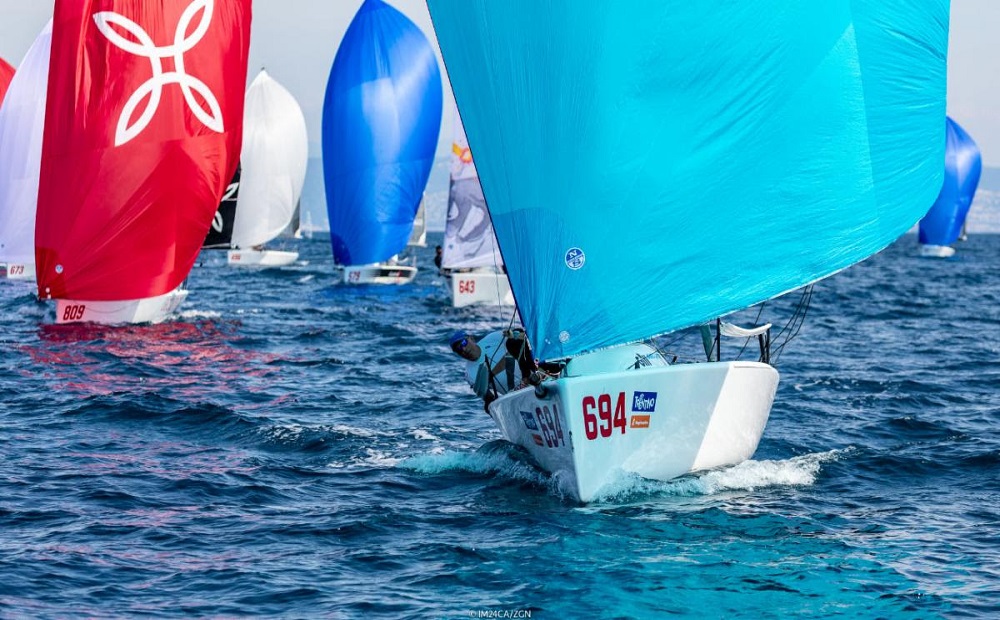 Early Celebrations for Nefeli on Day One in Portoroz

“Given current global conditions, it’s really an unique privilege to be able to put on an international event and to see teams from six countries tackle the winds in Slovenian waters,” said David Bartol, the President of the hosting club YC Marina Portoroz.

Participants left the shore at 11:00 and enjoyed excellent sailing conditions throughout the day with 6 to 13 knots blowing from NE.

"This is our third time in Portorož. The day started with light winds, which developed in the afternoon allowing us to run four races. We scored our first bullet in the Melges fleet ever and won also the fourth race, so it was a great day for me and we will definitely celebrate this success tonight," was pumped up Peter Karrie, helmsman of Nefeli (GER 673), who is sitting in first place with 7 points.
Interview with Peter Karrie