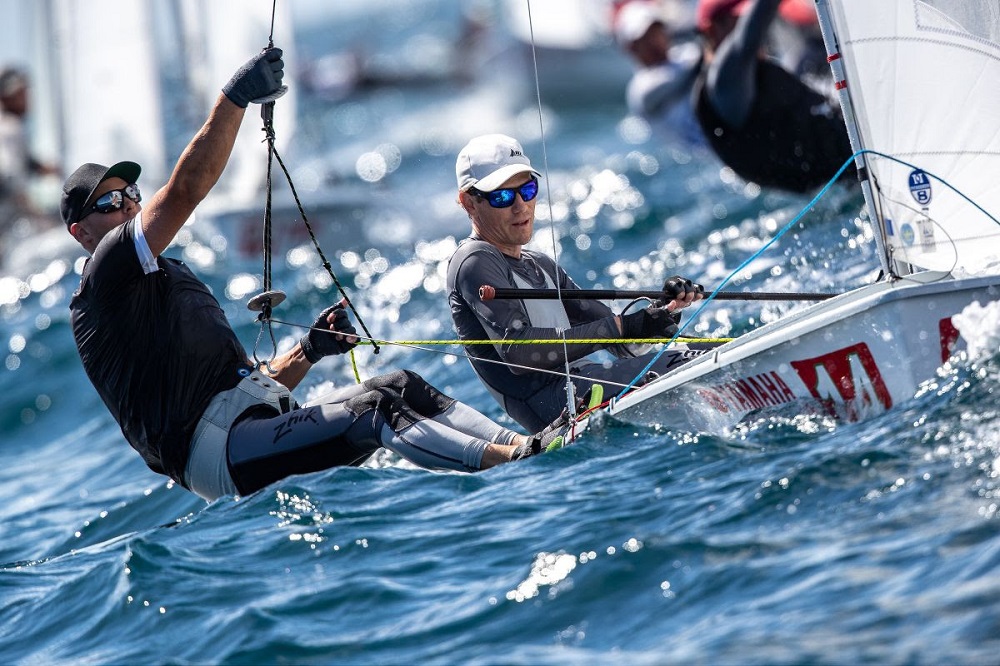 Disappointing day for Snow-Hansen and Willcox

Paul Snow-Hansen and Dan Willcox are aiming for three good results tomorrow at the 470 world championships in Japan to get themselves back in the hunt.

The pair had a disappointing day four in Enoshima, the first day of gold fleet racing, slipping from sixth to 12th overall on the back of a 15th, 19th and 11th in their three races.

Multiple world champions Mathew Belcher and Will Ryan of Australia showed their class and banked a trio of top-three finishes. They lead by only one point over Spain's Jordi Xammar and Nicolas Rodriguez but have a little insurance given their drop for their worst result is a fourth.

Snow-Hansen and Willcox hoped to be among the contenders this week after some strong form this year which included a World Cup Series regatta win in Genoa. They went into gold fleet in a good position but found something was missing today.

"It was a tough day for us," Willcox admitted. "It was glamour sailing conditions with big waves and steady winds. We were just a click off the pace upwind and had to rely on some good downwind speed to get back in the game.

"We are sitting in 12th overall and have everything to play for for the medal race. If we get three good ones tomorrow and tidy up our first beats a bit we will be in the hunt."

The women's fleet is turning into a two-horse race with Great Britain's Hannah Mills and Eilidh McIntyre and Japan's Ai Kondo Yashida and Miho Yoshioka winning all three races between them today. Mills and McIntyre are five points ahead of the defending world champions and it's another 22 points back to Elena Berta and Bianca Caruso from Italy.

New Zealand's Susannah Pyatt and Brianna Reynolds-Smith made more progress up the leaderboard today to sit 24th in the 39-boat women's fleet.

The pair are a relatively new combination, having teamed up in October, and recorded three decent scores (18th, 19th and 14th) in the moderate winds.

"We had three solid races today," said Pyatt, who had been campaigning in a Laser Radial before switching to the 470 last year. "We had great conditions, epic waves.

"We're climbing. We have one more day to see how many more gains we can make. We are a new combination so we came here to see how we line up against the world's best and improve each day."

Results and standings after day 4 of the 470 world championships in Enoshima, Japan, today: