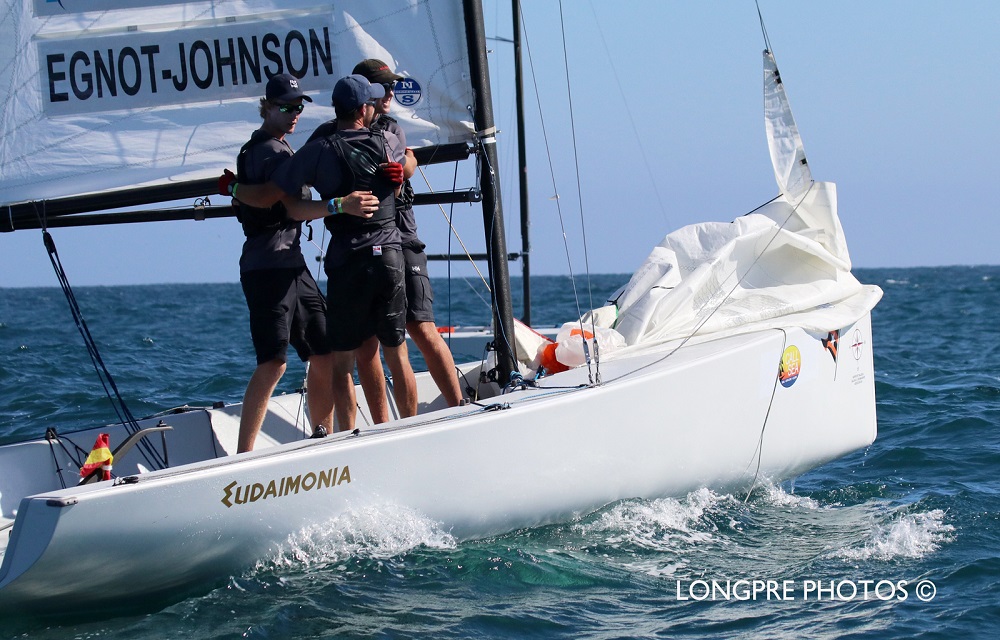 The #2 ranked match racing sailor in the world, Nick Egnot-Johnson (NZL), and his countryman Jordan Stevenson (#7), have accepted early invitations to the 54 th Governor’s Cup International Youth Match Racing Championship. “Egnot- Johnson is the defending champion, having won in 2019, and as a past winner, he received an automatic invitation,” explained Brian Bissell, Chair of the “GovCup” Selection Committee.

“Stevenson’s record is unmatched in Australian and New Zealand Youth MR events, having won both the Harken and Musto regattas, among other great results”, continued Bissell.

The Governor’s Cup was the first age-limited youth regatta to be granted “Grade 1” status by World Sailing for the 2018 Cup, a status usually reserved for events with mostly professional competitors. Provided that a number of basic requirements are met, such as an International Jury and Umpires, quality of boats provided, and other factors key to running a world class event, the grading is mainly based on the world rankings of the skippers. The rankings are not age limited and events like the Governor’s Cup, the Harken and Musto series, and other youth events have allowed skippers like Egnot-Johnson and Stevenson to rise to the top of the rankings at a young age.

In addition to his many championships, Egnot-Johnson was granted his “tour card” this year making him eligible for this year’s World Match Racing Tour Championship, a series of worldwide events culminating in the naming of a World Champion. “Nick may find the competition at GovCup as fierce as he will face on the tour as he tries to become the thirteenth skipper to win two Governor’s Cups”, said Andy Rose, Governor’s Cup Steering Committee Chair, himself a two-time winner.

The Governor’s Cup Committee also posted the first in a series of “Safe GovCup” bulletins on the Regatta website https://www.govcupracing.com/govcup-health. Balboa Yacht Club is fortunate to have Dr. Robert Bray, Jr. as “Fleet Surgeon.” He has been working with the Club on COVID safety protocols throughout the last year. Dr. Bray’s practice, Disc Sports and Spine Center, is also the presenting sponsor of the Governor’s Cup.

With Dr. Bray’s help, the Club was able to host the U.S. Sailing Championship of Champions last fall and he and the GovCup Committee are optimistic that travel, quarantine and other COVID restrictions in place in various nations will be eased and will not prevent a successful and safe regatta in late July.

The final protocols will remain in place for the week after the Governor’s Cup, when BYC will host the World Sailing Youth Match Racing World Championship August 9-14. It is anticipated that some skippers invited to the Governor’s Cup will also have been named by their national authorities to represent their countries in the Worlds. However, selection for the GovCup is not related to World Sailing’s selection process. For example, it is common for the Governor’s Cup to invite more than one entrant from a single country, which is not the case for the Worlds.

The Committee has to date received RFIs from skippers from five countries, which is more RFIs than have ever been received by this time in past years. Generally, there are approximately three times the number of RFIs filed by the deadline as there are places in the twelve-boat fleet, after taking into account the automatic invitations to past winners and the winners of the U.S. Intercollegiate and Youth Match Racing Championships.

The deadline for filing an RFI is April 9, 2021. However, as in the case of Egnot-Johnson and Stevenson, the Selection Criteria allows the Committee to issue invitations at any time to skippers filing RFIs “whose World Sailing Open Match Race Ranking or racing record is of a level which would warrant selection.” The Selection Criteria, RFI submittal link, and other items are at: www.govcupracing.com/race-documents.