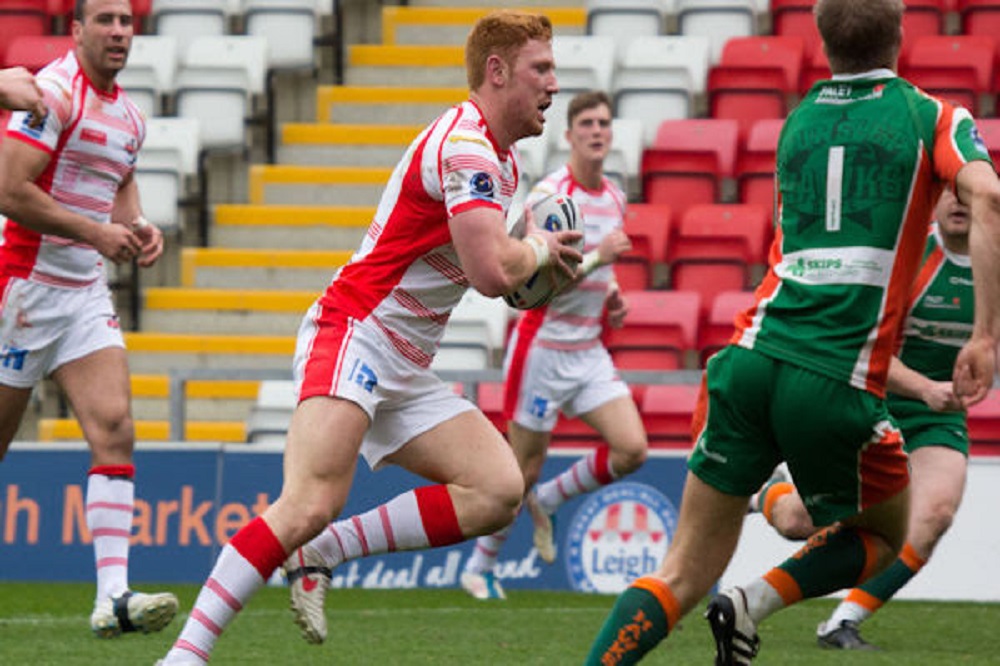 Leigh Centurions are pleased to confirm the signing of James Laithwaite on a contract until the end of the current season.

The 27-year-old forward has been training with John Duffy's squad in recent weeks and has reignited his desire to play Rugby League having previously announced his retirement from the game due to injuries.

Leigh Centurions head coach John Duffy said: "I'm delighted to have been able to add James to the squad.

"James has had a couple of freak injuries and retired from the game and concentrated on building up his qualifications. But you only realise how much playing the game means to you when suddenly it's gone.

"James has been having trials with us and he's been in good shape and absolutely flying in training. He's been at Leigh before and he can't wait to get back playing in front of the North Stand. He's really excited.

"I'm looking forward to seeing how he fits in. He can play on the edge or in the middle, so he gives us lots of options and really adds quality to the squad.

"You look at his career, he was an outstanding junior prospect and he was establishing himself in Super League until injuries hampered him. He's still hopefully got a lot of years left in him."

Laithwaite came through the Warrington Wolves youth system and made his senior debut for Leigh Centurions on dual registration in March 2012 in a 36-6 victory against York at LSV, earning heritage number #1362.

He went on score three tries in 12 Leigh games before ending that year on loan at Hull KR, where he got his first taste of Super League.

After making his Super League debut for the Wolves in 2013, ironically against Hull KR he went on to become a regular in their pack during the following two seasons until he missed the entire 2016 season due to a broken leg.

Laithwaite became one of Toronto Wolfpack's first signings and played for them in their opening match, a 14-6 Challenge Cup tie at Siddal. He scored two tries in 17 games for Toronto in their inaugural season in 2017 but spent most of the 2018 campaign on dual registration at Bradford Bulls where he passed one hundred senior career appearances.

A product of the Crosfields community club, he also represented England Academy in their series win against Australia Schoolboys at Leigh Sports Village in 2010, winning the man-of-the-match award in the first game.

James Laithwaite said: "When I was at the club previously, I loved my time there. I was on the fringe at Warrington and Leigh gave me my chance to make my senior debut.

"Lots of people who were playing then have come back. John Duffy was a big factor in me deciding to give it another go. He's a very good bloke and one of the main reasons I've returned. Lads like Jonny Pownall, Ridy (Martyn Ridyard) and Gregg McNally have been away and come back.

"The club's kind of gone back to how it was and I'm really looking forward to getting back into it.

"I'd got to the point where I'd had enough and I needed a break. But when you're not playing you miss the team spirit, the banter and the camaraderie. And the more I thought about it my injuries were freak ones even though they were big ones.

"As the months went by and I was training on my own the more I missed the game. Leigh Centurions and Leigh Sports Village holds special memories for me. It was great to be part of the team that won the series against the Aussies there in 2010.

"I'm made up to be back at Leigh and playing Rugby League again."