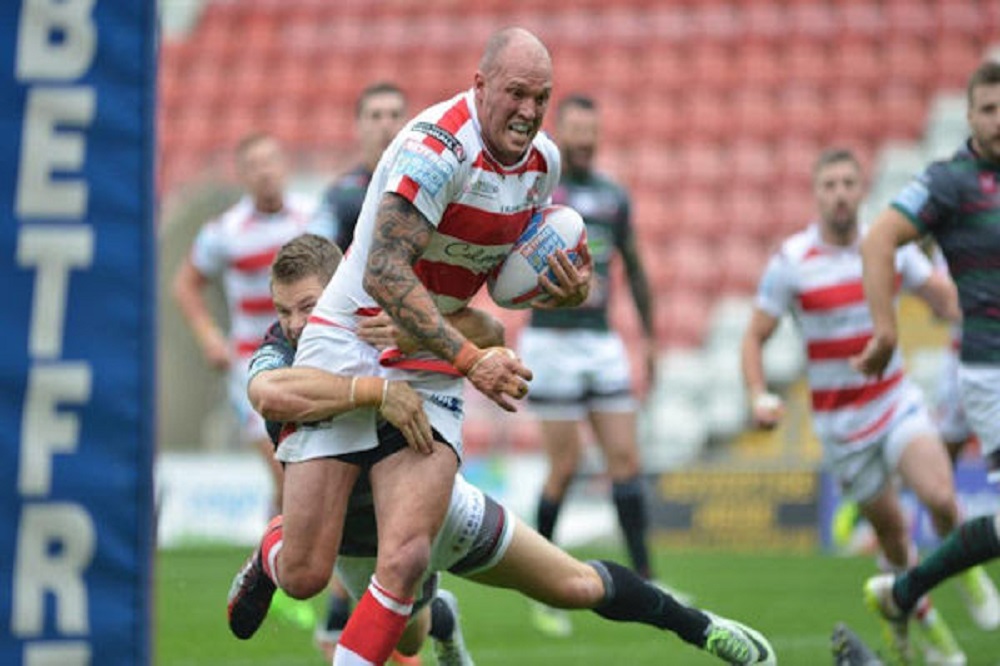 Leigh Centurions are pleased to confirm that Cory Paterson has come out of retirement to re-join the club with immediate effect, and that he will be sponsored by Fitfield Ltd.

Paterson, who had announced his retirement after playing for Toronto Wolfpack in 2018, has reconsidered his decision after a meeting with Leigh Centurions Owner Derek Beaumont. His last game for Leigh was in the Million Pound Game in 2017 when the club lost its Super League status after the defeat by Catalans.

Leigh Centurions Head Coach John Duffy said: "Cory's situation popped up over the last few days after a conversation with Derek. I met Cory and he demonstrated his passion to play again for Leigh Centurions. He still lives in Leigh, all his neighbours talk about Leigh and as his last game was that Million Pound Game he doesn't want his career with the club to end on a sour note.

"He has got the opportunity to play in a team where he knows a lot of the personnel and he'll enjoy our environment.

"Cory is a very good player. He's highly skilled and very professional and he will add value to our group."

Cory Paterson said: "It's been a crazy few days. Everyone is coming back to Leigh and I thought I'd join the Gang.

"Since retiring from Toronto I've been doing some coaching and some real world stuff but the other day I caught up with Derek for a chat and a coffee. He asked me if I missed playing. I said that living in Leigh I'd love to come back if I could play for Leigh.

"Things happened really quickly and I met with Duffs and here I am. I'm really excited. I live in Leigh with my family and it hurts me that my last game for the club was the Million Pound Game which we lost. I never wanted it to finish that way.

"Now I'm thankful and happy to have the chance to put that right. I feel at home in Leigh and have a sense of belonging and to have the opportunity to represent the town and the people again is a great feeling.

"I've not played for a while but playing footy is like riding a bike for me and it won't take me long to get back into the groove.

"Playing against Leigh for Toronto last season I put on a couple of plays that were important in the games but I hope people respect the way I played. Whenever I put a jersey on I do my all for that team and I stuck true to myself and didn't disrespect anyone. I really enjoyed my time at Toronto and the people over there were great.

"I've signed to the end of the season and if I can contribute to the team and become a valuable member we'll see what happens."

Paterson, 32 next month, earned Leigh Heritage Number #1406 when he joined the club in 2016 and was top try-scorer with 18 tries in the promotion season, becoming the first forward to top Leigh's scoring charts since Micky Higham in 2000.