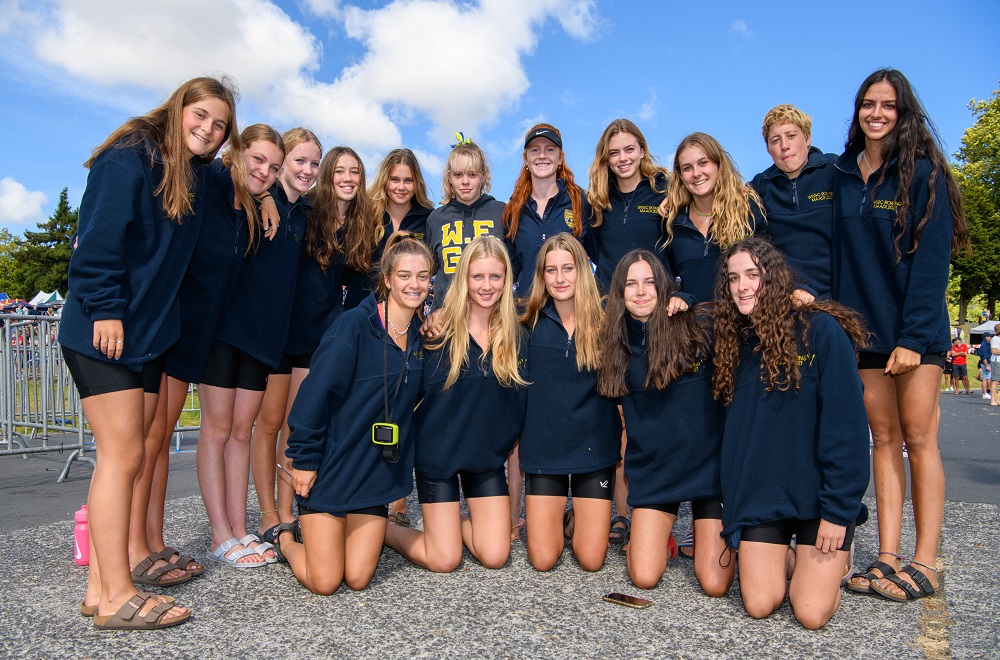 After an incredible week of on-water racing conditions, 24 crews were crowned secondary school champions on the final day of the 2021 Aon Maadi Cup.

Races for A, B and C finals across 24 events were contested between 7.57am and 4.35pm today, with the infamous Levin Jubilee Cup and Maadi Cup being the last two races of the day.

Run by the NZSSRA and Rowing NZ, the Aon Maadi Cup is the national championships for school rowing. Being New Zealand's largest rowing regatta, it's the most prestigious event on the school rowing calendar with six days of racing. The 2021 regatta was hosted by Karapiro Rowing at Lake Karapiro, Cambridge from 22-27 March.

Results from all races can be found at rowit.nz, as well as a full event schedule and entries. A live stream of yesterday and today’s racing is available at maadi.co.nz

After Christchurch Boys’ High School won the boys’ U18 eight in 2019, 2018 champions Christ's College reclaimed the U18 eight title once again with their crew Archie Batchelor, Gus Orr, Liam Alexander, Louie Bethell, Johnny Lee, Angus Wynn-Williams, George Trolove, Thomas McEwan and Hamish McCulloch (cox). The Christ's College crew took an easy win, over six seconds ahead of Auckland Grammar School’s crew Ben Shortt, Oliver Welch, Cody Johnson, Amiel John, Dougal Rutherford-Levien, Finbar O'Carroll, Sebastian Bull, Jamie Woods and George Higgins (cox) who finished in 6:12.88. Sam Long, Fergus Rutledge, Caleb Brown, James McLaren, Angus Hill, Dylan Smith, Henry Farrell, Lachlan Muir and Alex Carrodus (cox) of St Andrew’s College won bronze in 6:13.32. The Maadi Cup hails from WWII, where two NZEF members based at Maadi Camp in Egypt raced in regattas on the Nile against the Egyptians. The Kiwi Oarsmen beat the Cairo River Club in 1943 to win the Freyburg Cup, which was then gifted back to Cairo River Club. In return, Youssef Baghat also presented the Kiwi crew with a cup. At the end of that year the cup was offered to the New Zealand Rowing Association as a trophy for an annual boy’s eight-oared race between secondary schools, and it was then that it was renamed the Maadi Cup.

After clear wins in both the heats and semi-finals, Sophie Smith of Dunstan High School won the girls’ U18 single event in a time of 8:06.19. Smith also won gold in the girls' U18 coxed quad event. Napier Girls' High School’s Madeleine Parker won silver in 8:07.98 and Sophia Rutherford of St Andrew’’s College won bronze (8:09.51).

The boys’ U18 single event has been highly competitive across the week with impressive showings of skill and talent. Winning both his Heat and Semi-Final, Gisborne Boys’ High School’s Oscar Ruston continued his dominant form, eclipsing the field and finishing 4 seconds clear of nearest rival, Dominiko Arnerich of St Peter’s College (Auckland). Ben Olifiers of Trident High School had a strong finish to fend off Sacha Dewancker and secured bronze.

The Simon Briggs Cup, awarded to the coxswain leading the most crews into A Finals, was won by Charlotte Muir of Wakatipu High School.

The Presidents Scull, awarded to the overall sculling champions, was won by Dunstan High School.

The Bill Eaddy Cup, awarded to the coach of the best coach of junior crews, was won by Simon Smith of Dunstan High School.