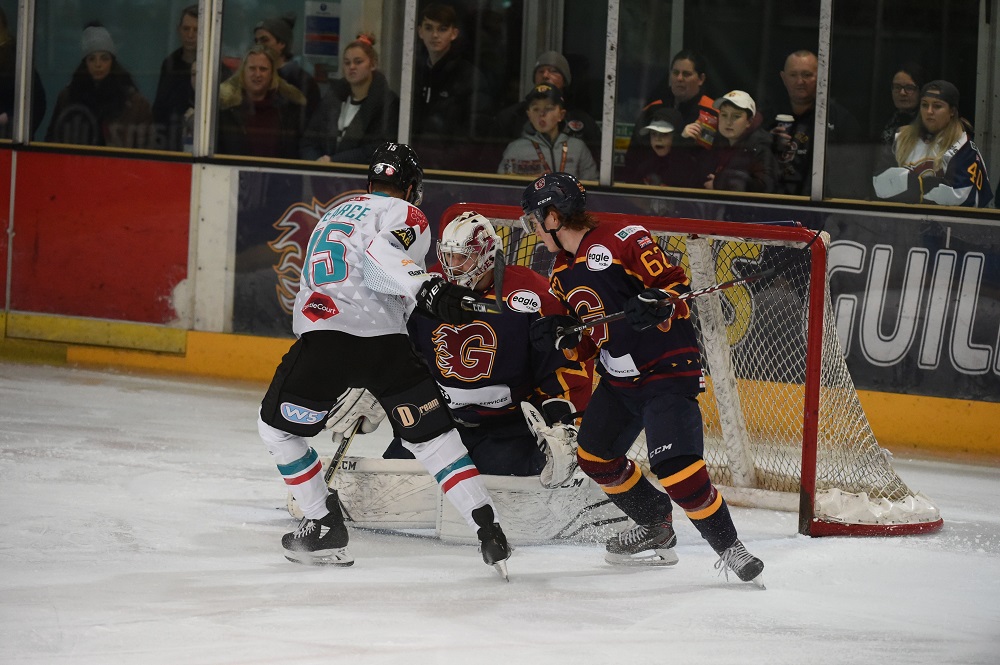 Victory for the Flames

Two late empty net goals sealed the home win for the Guildford Flames in a 4-1 victory on Sunday night. The Giants trailed 2-0 at the end of the opening period and although Brian Ward halved the deficit early in the middle period - the visitors were unable to find a way past the Flames defence again.

The Flames doubled their lead at 9:08 when Ben Davies skated in on goal and slotted home, assisted by Steve Lee and Calle Ackered.

The Giants got on the board early in the middle period - Brian Ward the Belfast goalscorer, assisted by Bobby Farnham and Ciaran Long at 22:10.

The Giants were limited in the final period by a resolute home defence and, with Shane Owen pulled for the extra outskater, the Flames took full advantage. The hosts scored two late empty net goals through Ian Watters at 57:54 and Jamie Crooks at 59:40.