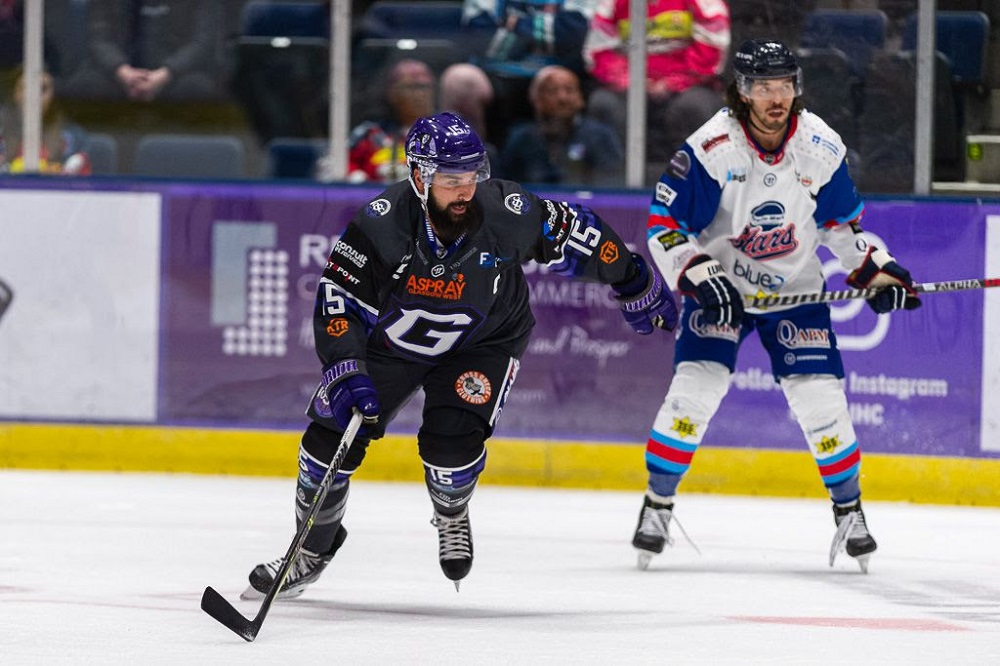 The Glasgow Clan, sponsored by Aspray Glasgow West, were edged out against as Dundee Stars claimed victory at Braehead Arena.

It was a largely frustrating night for the home team as chances didn’t quite go the way they would have liked, with the Stars taking theirs to claim the Challenge Cup points.

Stars got themselves in front at the halfway point in the opening period when Chris Gerrie teed up Hugo Reinhardt and he delivered a well struck shot into the Clan net at the top left corner.

The home team had a couple of decent chances on a powerplay late on the first as Nolan LaPorte tested Anton Svensson with a shot that landed in the Dundee goalie’s glove.

Then Jordan Cownie hit the post with a low shot, before John Dunbar saw his rebounded effort skid wide of the pipes.

Clan had to do without Jordan Buesa at the end of the first when he took exception to a hit from Ryan Verrier, with the two men fighting, leading to Buesa ejected for checking to the head.

The home team did well to repel the five-minute powerplay, but were ultimately breached when good passing move around the Clan crease led to Reinhardt stabbing his second of the night into the net.

Mitch Jones and Drydn Dow got into a scrap around the half hour mark and although Clan had some good looks on the Stars goal, Anton Svensson wasn’t to be breached.

The best of those opportunities came from Stephen Dixon, who was on the doorstep, but couldn’t find the gap.

Clan had to kill a penalty in the opening two minutes of the third, but saw Elijiah Barriga execute a low finish to extend their lead.

Nolan LaPorte replied for Malcolm Cameron’s side a couple of minutes later when his shot beat Svensson on his low right to close the gap to two.

But Dundee held on to claim the result, with Clan turning their attention to the league opener at Guildford Flames.