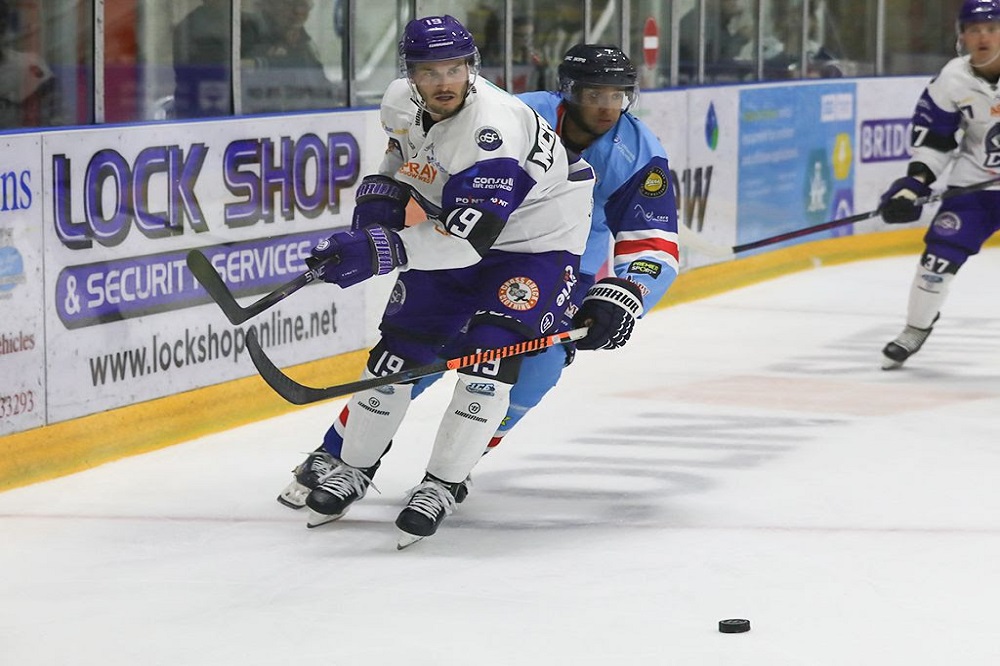 After Friday’s disappointing result against Fife Flyers, Malcolm Cameron and his team were on the road for the first time for a competitive game, but the outcome was the same for the men in purple.

The home team didn’t take long in breaking the deadlock when Romans Semjonovs set up Ryan Verrier to send his shot past Zach Driscoll for the opening goal inside the opening five minutes.

Clan levelled with four to go of the opening period through a well struck shot by Nolan LaPorte with an assist from Steven McParland, which left Anton Svensson beaten in the Stars goal.

LaPorte turned provider as Glasgow took the lead in the second when set up Mitch Jones, who beat Svensson at his near post to register his first goal of the season.

Driscoll did well to deny Carter Folk as Dundee looked to get back on level terms, but eventually found a way through as Colin Joe smashed a blue liner in on 32 minutes.

Joe was on target again, this time at the end of the second when his effort from the centre found its way in, to the delight of the raucous home support.

The third period was barely three minutes old when Gary Haden deflected a shot from Gergely Tóth past Svensson and parity was restored in the final session.

Further efforts from Haden and LaPorte threatened, but didn’t have the desired outcome and as time ticked down, Dundee got the rub they needed to claim the result.

Elijiah Barriga was the one to get it with a rebound as Stars hit the Clan shorthanded, with Philippe Sanche and Drydn Dow playing their part and the home side took a 4-3 lead in the final minute and a half.

Driscoll was pulled from his net late on in an attempt to claw a point on the board, but time ran out, leaving Clan to rue a disappointing couple of results.