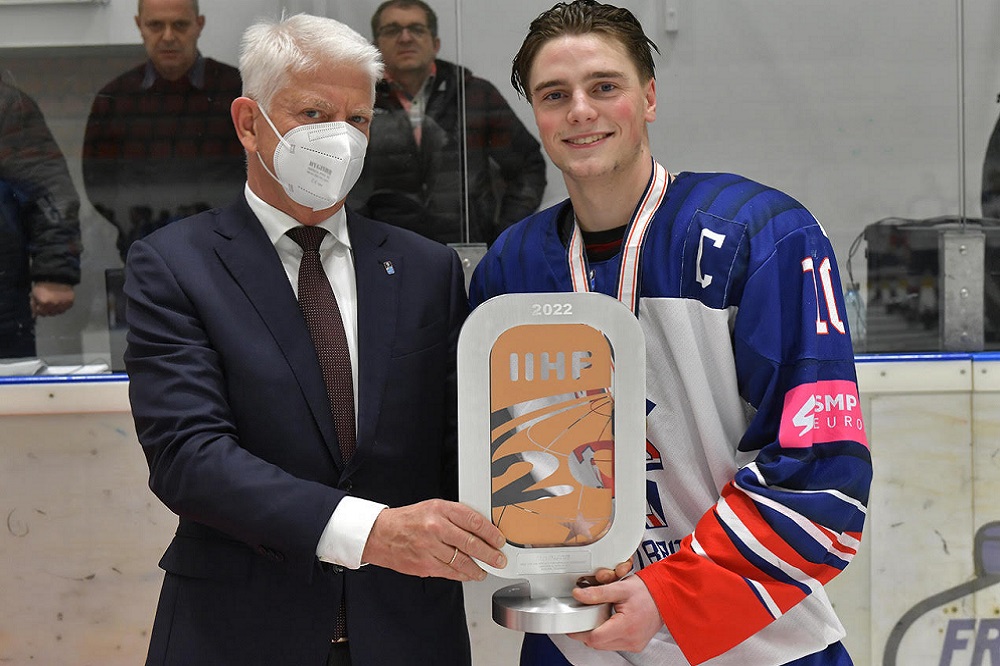 Great Britain rounded off their IIHF Under-20 World Championship Division II Group A campaign in Brasov with a 3-2 defeat by promoted Italy.

GB had secured bronze earlier in the day when Korea's 5-2 victory over Lithuania put them out of reach with the silver medal.

Logan Neilson scored his sixth goal of the tournament while Jack Hopkins was also on target, but GB came up just short against the gold medalists.

Honours even after first period
GB went ahead when captain Liam Stenton kept the puck in the zone and Hopkins gloved the puck down before firing past Damian Clara from the slot (5:38).

Italy - who had already secured gold and promotion to Division I on Friday - hit the left-hand post through Leonhard Ludwig Hasler, while GB defenceman Bradley Bowering was denied from close range on the powerplay.

But Italy equalised at 17:52 as Gabriele Parini's blueline shot was deflected over Lucas Brine's shoulder and into the net by Leo Messner.

Alex Graham exchanged passes on the blueline with Stenton, whose bullet from right point was deflected in by Neilson for GB's equaliser at 27:51.

The Italians swapped netminders at the midway point with Carlo Muraro replacing Clara - and they regained the lead when the puck took a fortunate bounce off the backboards and Moritz Kaufmann touched in from close range (37:37).

Italy make it five wins out of five
Brine made a superb save from Gioele Rosa in the opening stages of the third period and at the other end, GB went in search of an equaliser.

They struggled to create much offence on two successive powerplays, although Rhodes Mitchell-King went close from long range, but Italy held firm to compete a 100 per cent winning record at the tournament.