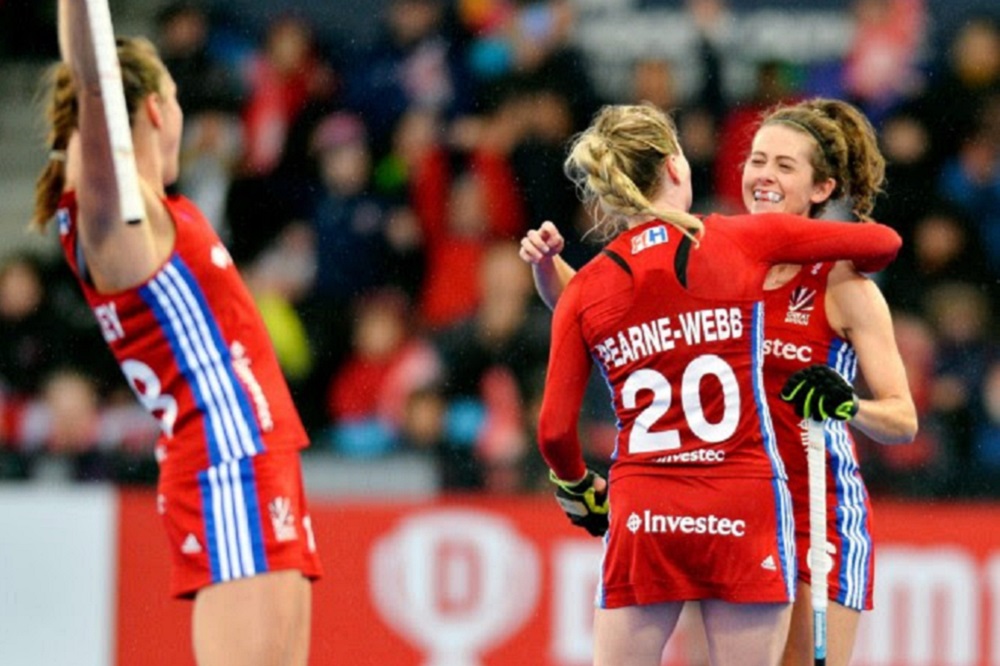 Great Britain's women took an important step towards Tokyo with a three-goal victory in the first game of their two-legged FIH Hockey Olympic Qualifiers in London.

The game was goalless at half time but Mark Hager's side scored three times after the interval to give themselves the upper hand going into Sunday's second leg. Izzy Petter opened the scoring with the best goal of the game; Hannah Martin and Anna Toman also on target from penalty corners inside the final 15 minutes.

It was by no means comfortable though, and the first goal on Sunday will be crucial as both teams eye the huge prize of a trip to Japan next summer.

Goalscorer Hannah Martin said, “We’re very pleased but we’ve got our feet firmly on the ground, we’ve got a job to do tomorrow and we’re looking forward to getting back out there. Of course I’m happy to score but at the end of the day it doesn’t matter who gets on the scoresheet, we’re here as a team and we want to get to the Olympics as a squad. Coming into tomorrow we’ll have the same gameplan to get in there and hopefully get the job done."

Four goals in the space of 14 second half minutes put Great Britain's men in a good position after the first of their two-legged FIH Hockey Olympic Qualifiers.

Malaysia were 1-0 up at half time after an impressive 30 minutes from the visitors, but Britain turned on the style in the second half with some brilliant goals. It was hard to pick out which was the most impressive goal, but Phil Roper's rocket-like finish was absolutely unstoppable while Sam Ward, Alan Forsyth and James Gall all profited from excellent team moves.

Britain were put under pressure in the final stages and Malaysia will be very disappointed at a missed chance to make it 4-2. So it is very much still all to play for come Sunday's second leg at Lee Valley Hockey and Tennis Centre.

Phil Roper said, “We’re feeling pretty good. We knew that the Malaysians were going to come out and pose a real threat to us. We know they start hard but we backed our game plan, especially in the second-half, and it was great to score those four goals. It’s such a huge occasion so we knew that there would be a few nerves flying around in the first-half but once we settled down we knew our ball control and intensity would win us that game and thankfully it did."