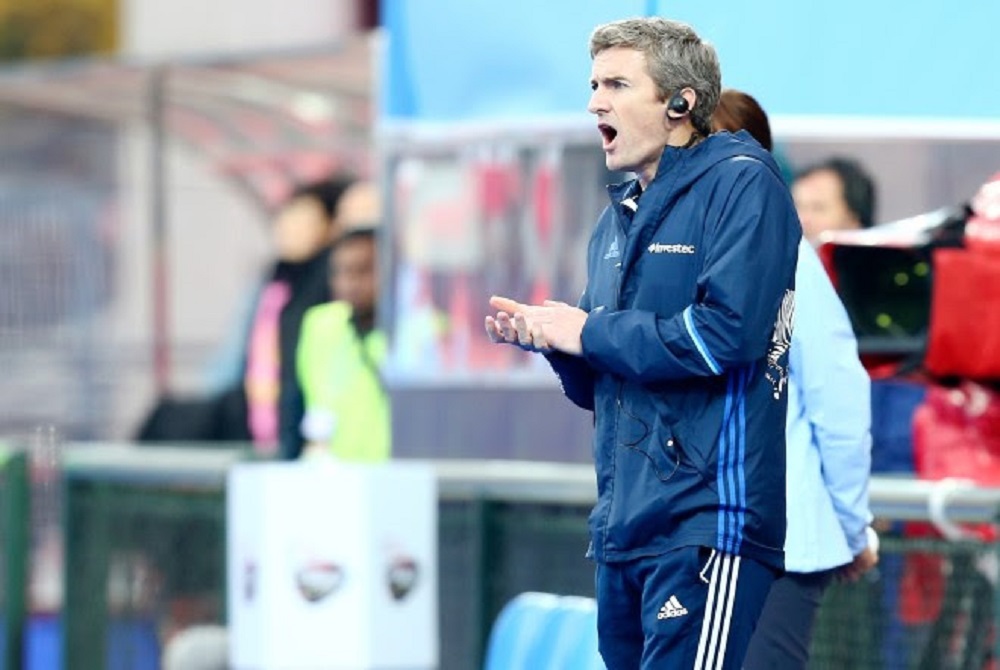 Great Britain Hockey are very pleased to confirm new coaching appointments for the GB Women’s Elite Development Programme (EDP), with David Ralph set to become the new permanent Head Coach starting after the Tokyo Olympics. Simon Letchford has been appointed interim Head Coach for the 12 months until David takes over.

David will move from his current role as Assistant Coach of the women’s Great Britain and England senior teams once he has assisted the group at next summer’s Olympics in Japan. He brings a wealth of experience to his new position, having been Assistant Coach to the women’s team for more than three years in a spell that brought medals at the EuroHockey Championships and Commonwealth Games. He also held the same role for the Great Britain and England senior men's programme for four years. Winning more than 100 caps for Scotland, David is hugely experienced in international hockey, having coached at every major international tournament including Olympics and World Cups. He was also England U21 men’s assistant coach and now takes up the important role of helping the best talented young players to flourish internationally and ultimately create a systemically successful senior programme.

David said: “I am delighted to accept this role. The development of our younger players is something that I am very passionate about and I believe I have the skills and experience to provide an exceptional training environment for them to achieve their potential. I believe in our younger players and have very much seen their potential first hand with those who have joined the senior team in the last few years. We have a challenge on our hands to help develop the players to emulate the success that the senior team has had and I very much look forward to that and working with a talented playing group and staff team.

“I am also very grateful for the opportunity to continue in my current role with the senior teams through this part of their journey, including the FIH Hockey Pro League, Euros and until the end of the Tokyo Games. It is a group of talented players and staff that I enjoy working with and very much believe in and look forward to seeing what we can achieve over the next 12 months.”

The appointment of Simon as interim Head Coach is an important one and we are delighted to secure the services of an experienced and well-travelled professional. Having worked for GB Hockey as a Coach Developer in the 2000s and also coached a number of clubs in the English national league, he moved to Belgium where he has been since 2012 and experienced great success. Most recently he was Head Coach of the Belgium U21 men and Royal Darling HC. He also spent four years as Assistant Coach to Belgium's senior women’s team and two as Head Coach of the U21 women.

Simon commented: “After eight years overseas I am delighted to be returning to the UK and am really excited at the prospect of rejoining Great Britain and England Hockey. Being appointed Head Coach of the GB EDP is an honour and I look forward to helping individual athletes continue their personal development and transition from age group hockey players into senior athletes for Great Britain and their respective home nations. I also welcome opportunity to prepare and lead the England U21 squad into the Junior World Cup in South Africa next year.”

GB Hockey’s Head of Elite Talent Development, Heather Williams, said: “I’m delighted that the Head Coach role has attracted outstanding coaches of the calibre of David and Simon and congratulations to both of them on their appointments.

“David’s insight and experience shone through throughout the interview process, together with his desire and passion to use his expertise to support our next generation of international women’s players after the Tokyo Olympics. David was clear from the outset that his priority for the next 12 months rests with the senior programme and preparing for and delivering in Tokyo, a view fully supported and echoed by both Ed Barney (Performance Director) and myself.

“I’m equally delighted that Simon will return to Great Britain after oaching in Belgium. Like David, Simon brings a wealth of experience of international hockey and national programme leadership. His in-depth knowledge and insight of European hockey structures will also be invaluable as we embark on our new direction for our wider talent system and I am looking forward to working closely with him."