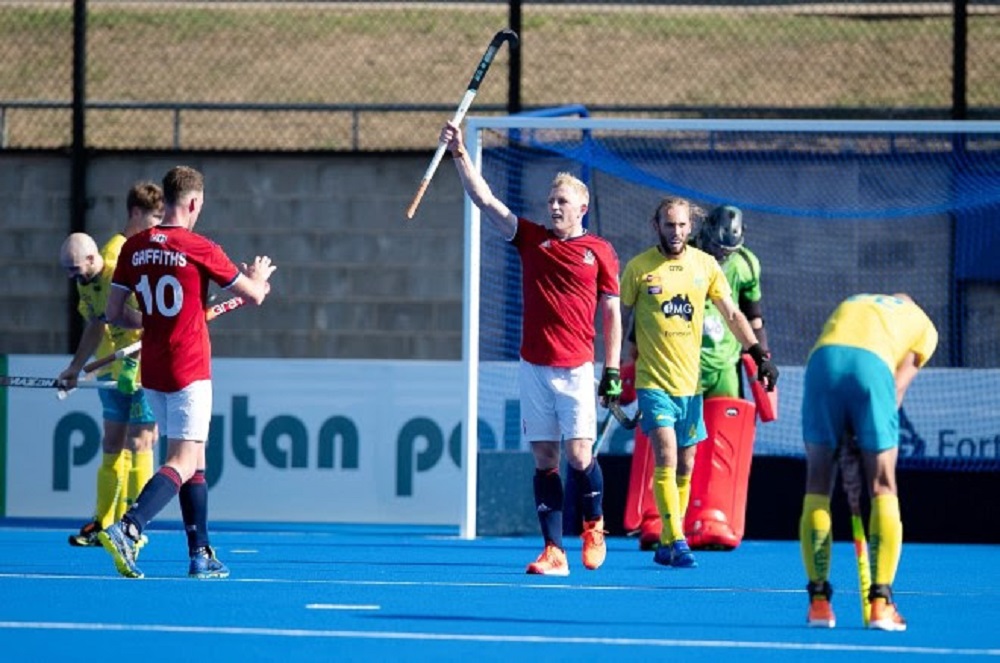 The men earned a point against the world's number one team but would have hoped for more having led 4-2 at the start of the final quarter.

Zach Wallace scored a brilliant individual goal for Danny Kerry's side while Rupert Shipperley swept home on his debut. Ashley Jackson and Liam Ansell also found the back of the net, while Harry Gibson made several splendid saves in goal. Ian Sloan also made his 50th appearance for Great Britain while Jacob Draper played his 50th combined international for GB and Wales.

A goal just 12 seconds from the end denied the women the same result having dominated large period of the match against the Hockeyroos.

Sarah Robertson had given her team the lead in the 18th minute before Steph Kershaw equalised shortly before half-time.

Both teams had chances to win in the closing stages but it was Grace Stewart who struck to give the hosts all three points.

The Kookaburras started the brightest under the blistering Sydney sun, with Gibson making a string of crucial saves in the first quarter while Liam Sanford also produced two fine blocks.

Gibson then produced two great saves in a row from an Australian corner but there was nothing he could do to prevent Eddie Ockenden giving the Kookaburras the lead.

GB levelled immediately though through Jackson, having almost taken the lead themselves at the end of the first quarter through Alan Forsyth and Chris Griffiths.

The latter nearly scored again in the 25th minute but his diving attempt flashed wide before Tom Wickham converted a neat team move to give Australia the half-time lead.

Wallace made the already blistering heat rise even further in the second half with his outstanding goal that brought even the home fans to their feet.

Shipperley then converted for the first time in GB colours after another brilliant save from Gibson before less than a minute later Ansell raced through and slammed the ball into the top corner.

Australia added an 11th outfielder for the final ten minutes and made it pay as Aran Zalewski turned in after they won four corners in quick succession.

Trent Mitton then swept home an equaliser with just a minute remaining before the Australians took the extra point by winning the shootout.

Speaking after the game, Wallace said: "It was a tough game, tough opposition and coming our here in 40C. So getting out here and putting in a good performance obviously we're very happy with, but we're gutted not to get all three points.

"The goal was great. I picked it up, started running and the next thing I knew I was in the circle. It was a great feeling to score it though.

"We're going to come back harder tomorrow to secure all three points."