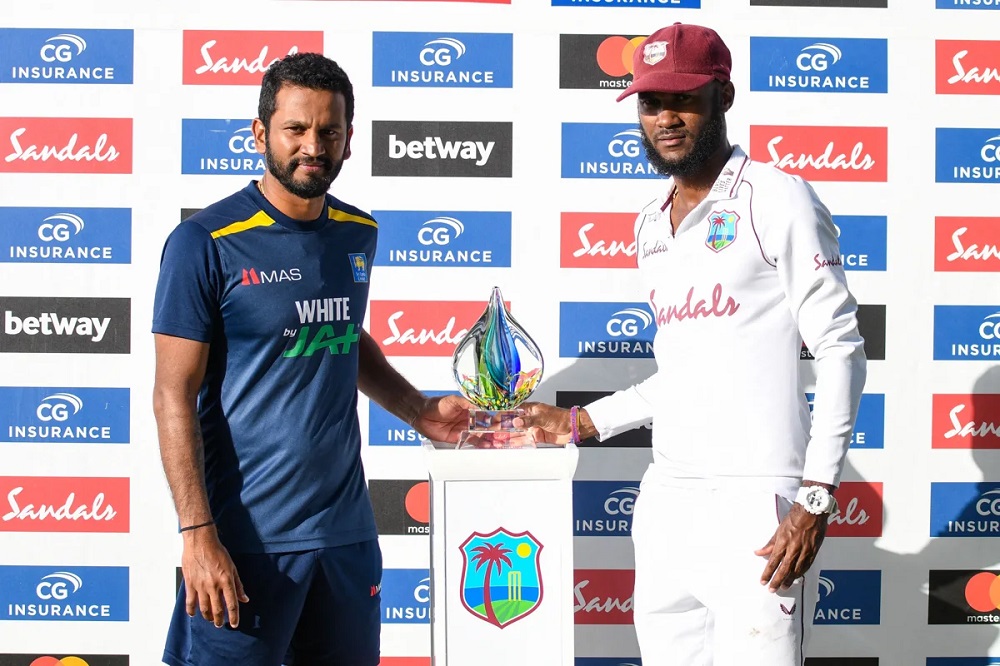 Sri Lanka batted out the last day to earn a draw against West Indies in the second and final Sandals Test match at the Sir Vivian Richards Stadium, on Friday. West Indies started the day needing 10 wickets for victory but got two on a good batting surface as the visitors closed on 193-2.

Captain Dimuth Karunaratne made the top score of 75 off 176 balls with nine fours while Oshada Fernando was unbeaten on 66 off 119 balls with eight fours. The wickets for West Indies went to fast bowler Alzarri Joseph (1-33) and medium-pacer Kyle Mayers (1-5).

Brathwaite spoke on the Sandals Player Zone after the match. He said: “Obviously it was a good pitch. In both Test matches the bowlers really worked hard and what I was pleased with is that none of the guys ever gave up. Even down to Alzarri’s last spell he was still giving an effort to get some short balls in so I’m very happy with the effort of the team.”

He added: “And batting-wise, we continued to bat a number of overs – 90-plus overs which is a positive for us. And yes, we would’ve liked to have won but I was very happy with the attitude and discipline that we had. The pitch was a good one throughout.”