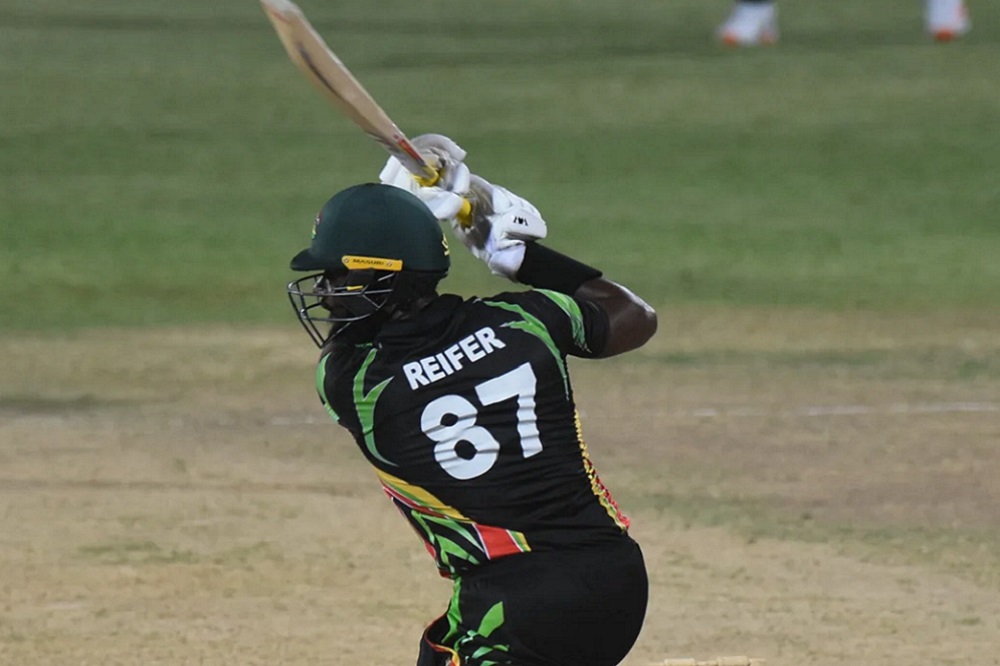 Lendl Simmons scored a match-winning century which showcased the dominance of Trinidad and Tobago Red Force as they easily beat Guyana Jaguars by 152 runs to win the final of the CG Insurance Super 50 Cup on Saturday night.

The opener made 146 off 145 balls with 15 fours and seven sixes as the Red Force scored 362-5 off their 50 overs after being asked to bat first at the Coolidge Cricket Ground. In reply the Jaguars never kept up with the required run rate and were bowled out for 210 off 45.3 overs. Trinidad and Tobago recorded their seventh win in a row as they played unbeaten throughout the tournament.

It was the second century for Simmons in the tournament – he made 102 against Windwards Volcanoes. It was also the highest score ever for Trinidad and Tobago and surpassed 134 by Denesh Ramdin against Barbados in 2013. The total was Trinidad and Tobago's second highest all-time. For his heroics Simmons was named the CG Insurance Man-of-the-Match and his team took home the Sir Clive Lloyd trophy.

Simmons shared a century opening stand with Evin Lewis (57 off 53 balls) and then added exactly 100 with Darren Bravo (47 off 52 balls). After that he was joined by Nicholas Pooran, who cleared the boundary four times before being caught attempting another maximum. He made 39 off 15 balls which helped Simmons put on 67 in four overs.

Under the lights, Jaguars succumbed to scoreboard pressure and some accurate seam bowling from the experienced Ravi Rampaul as well as the sustained pace and hostility from teenager Jayden Seales. Rampaul ended with 4-52 off 10 overs – the 23rd time he has taken four or more wickets in an innings. In the process he reached 100 List A wickets for Trinidad and Tobago, and now has 299 career wickets. Seales (3-40) took two early wickets as Guyana slipped to 55-6 and returned to bowl the last man and seal the victory.

Raymon Reifer top-scored with an unbeaten 97 off 112 balls to another well-compiled innings which followed his match-winning knock of 90 in the semi-final against Windwards Volcanoes on Thursday night.