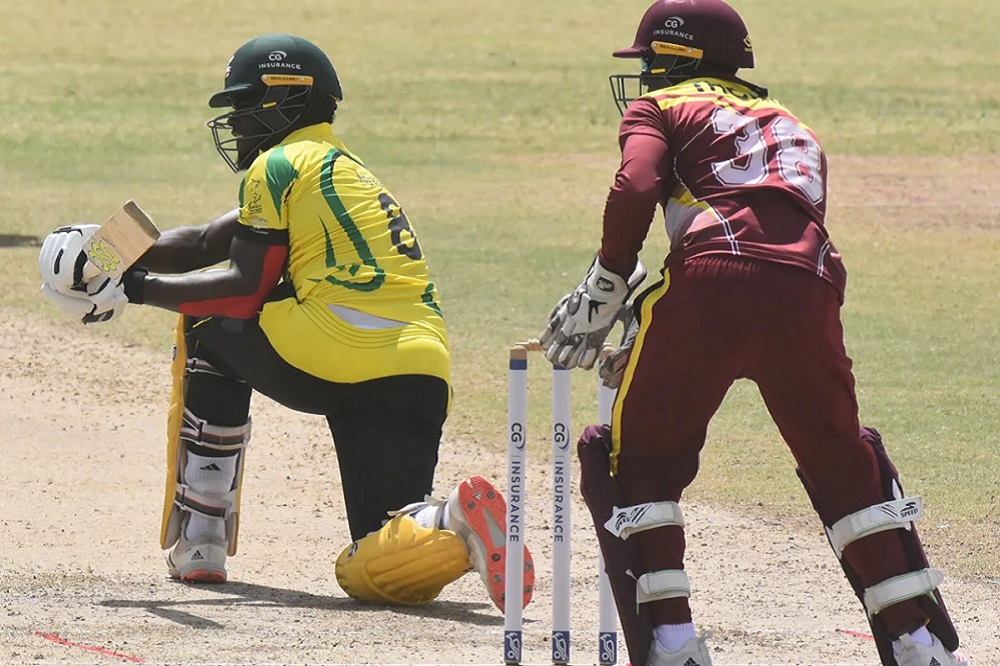 Royal wins the battle for Jamaica

Jeavor Royal made 38 not out and then took two wickets in lion-hearted all-round display which helped Jamaica Scorpions beat Leeward Islands Hurricanes at Sir Vivian Richards Stadium on Friday.

With the Jamaicans on 135-9 in the 38th over, the 22-year-old shared a record last-wicket stand of 85 with Fabian Allen, who made 44 off 42 balls which lifted them to 220 all out. Royal's face-saving knock was one of the best by a Number 11 in the tournament’s history. He hit two fours and two sixes off 40 balls and was named the CG Insurance Man-of-the-Match. Allen also played fluently on both sides of the wicket. He struck three fours and three sixes, before he was last out – well caught by keeper Devon Thomas off Quinton Boatswain.

In reply, the Hurricanes reached 136-3 in the 36th over before a third rain break in the afternoon left them with a revised target of 194 off 43 overs. They eventually reached 187-8 and Jamaica won by just six runs under the Duckworth Lewis Stern Method. Nitish Kumar top-scored with 51 while captain Devon Thomas got 49, as they added 64 for the fourth wicket.

Near the end left-hander Colin Archibald hit three towering sixes, to keep hopes alive but he was dismissed in the penultimate over of the thrilling contest and the home side fell short. Off-spinner Jamie Merchant claimed 3-44 and Royal bagged 2-31 with his left-arm spin to restrict the scoring. Allen also played a major role with left-arm spin as his 10-over spell only cost 27 runs.

“Fabien spoke to me throughout my entire innings. He told me to just play the way we all know I can play and play each ball at a time and not look too far ahead. He was a fantastic help, and I was able to benefit from his experience and level head at the crease. We just did it ball by ball, over by over and we ended up playing really well. Even though I came in at Number 11 today, I don’t see myself as a tail-ender. I believe I’m a very capable batsman and I was happy to prove that today,” Royal said.