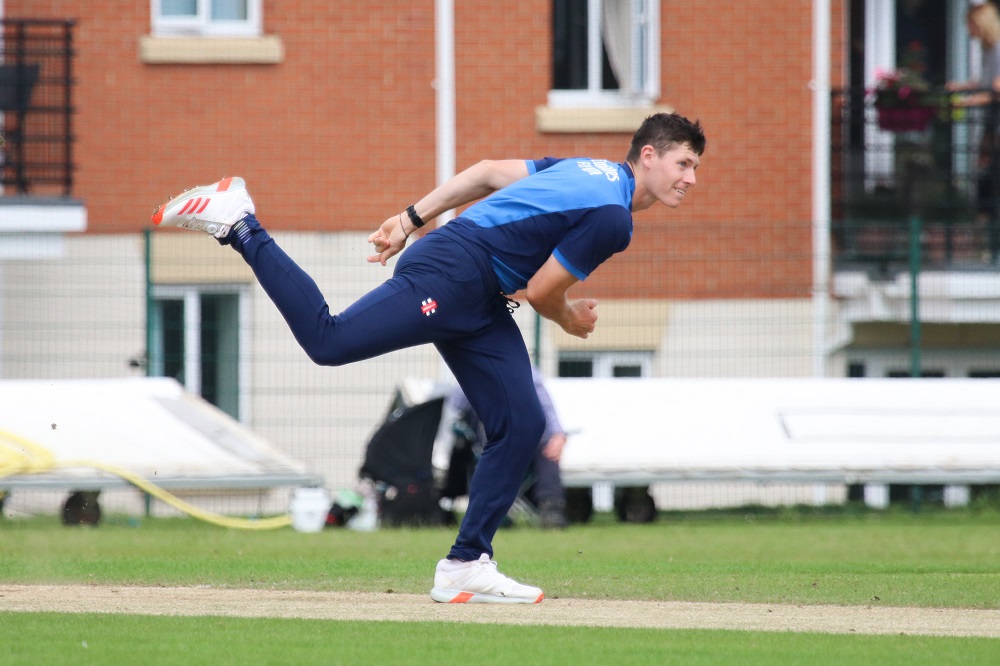 Potts picked for the Northern Superchargers

Durham Cricket bowler Matthew Potts will join up with the Northern Supercharges for the inaugural edition of the Hundred, after all draft picks were confirmed today.

Potts joins the Headingley based side after two impressive Vitality Blast campaigns for Durham, where he rounded off both 2019 and 2020 as the clubs leading wicket taker.

The right-handed bowler was on fine form throughout the Vitality Blast season, taking three consecutive career best hauls over Leicestershire, Yorkshire and Lancashire.

Potts was one of 28 domestic players to be picked for the 100-ball competition which will get underway on Wednesday 21 July as Oval Invincibles take on the Manchester Originals at the Kia Oval in the women’s competition.

He will join a side which features Durham teammates Ben Stokes and Brydon Carse, alongside international stars Aaron Finch, Mujeeb Ur Rahman and Chris Lynn.

Northern Supercharges will kick off their campaign on Saturday 24 July at Emerald Headingley against Welsh Fire.

The Hundred aims to make cricket more accessible to families and young people by fusing world-class, fast-paced cricket with family-friendly entertainment off the pitch. It features eight brand new teams based in Birmingham, Cardiff, Leeds, Manchester, Nottingham, Southampton and two in London.

After the opening two matches, the rest of the schedule will see the men’s and women’s teams both playing on the same day, at the same venue, with the ambition to elevate women’s cricket through The Hundred. Tickets are incredibly good value for money and give fans the chance to see a women’s and a men’s game, plus added entertainment throughout.