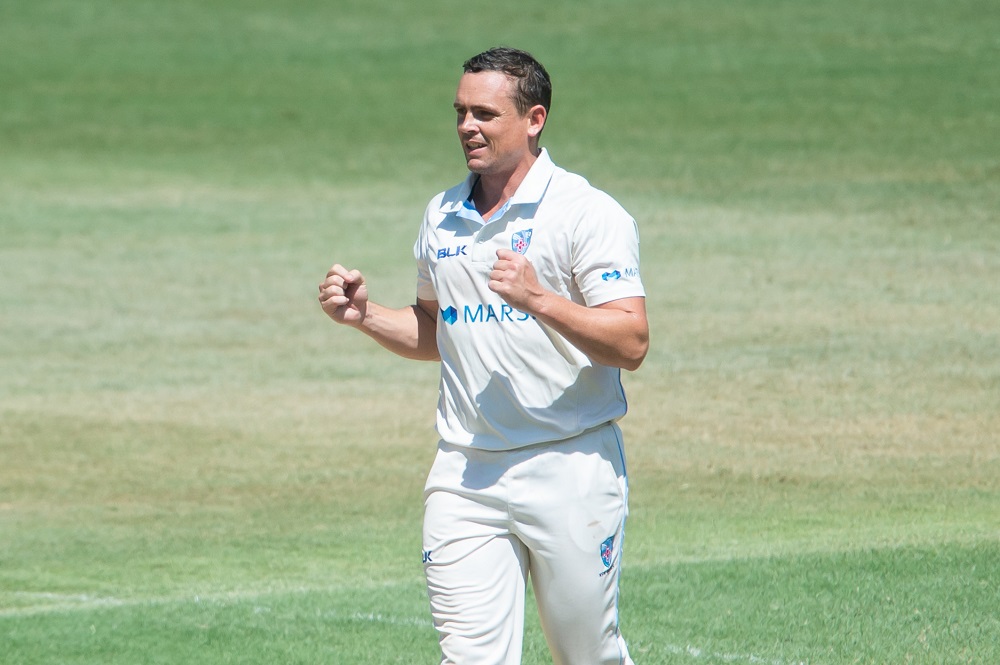 Veteran NSW Blues spinner Steve O'Keefe claimed his 300th First Class wicket during a fluctuating opening day of the Sheffield Shield match against Victoria at the SCG on Friday.

O'Keefe's milestone came when his former Blues team mate, Nic Maddinson, was stumped for 95 as NSW compiled 5/318 after winning the toss and batting.

The left arm spinner, who played nine Tests for Australia, was the Blues’ most economical bowler, with 1/49 from 21 overs.

O’Keefe said he would reflect on the milestone in retirement.

“To get 300 (First Class Wickets), at the end of my career I’ll hang my hat on that and feel proud,” he said after play.

“Fifteen years ago I never thought I would have got that far.

O’Keefe admitted his side had a lot of work to do on the morning of day two, but said NSW has the quality needed with bat and ball to fight back from difficult positions.

“A hallmark of our season is we’ve been able to fight from difficult positions.”

“We’ve got the bowling group to come back and bounce back really well.

“And we’ve also got the batting group who have scored big runs this season, and big runs at the SCG.”

Maddinson came to the wicket at 1/19 after Marcus Harris (7) played across an inswinger to the left hander and was leg before wicket to Harry Conway.

Batting aggressively, Maddinson took to the Blues bowlers, at one stage lifting Nathan Lyon over long-off for six in the off-spinner's first over.

The aggressive left hander attempted to treat O’Keefe in the same manner but was comprehensively beaten in flight.

Lyon was the leading wicket-taker for the Blues with 3-86. He claimed the wickets of Peter Handscomb (41), Matt Short (44) and Will Sutherland (8).

Maddinson was part of a mini middle-order collapse which saw Victoria lose 3-35 to be 5-244.

However Victoria then had an unbeaten partnership between Seb Gotch (59 not out) and opening batsman Travis Dean (35 not out) after Dean returned from retiring hurt following an early blow in the groin.

Reigning title holder Victoria is yet to win a game this season while the unbeaten Blues are clear leaders on top of the table.