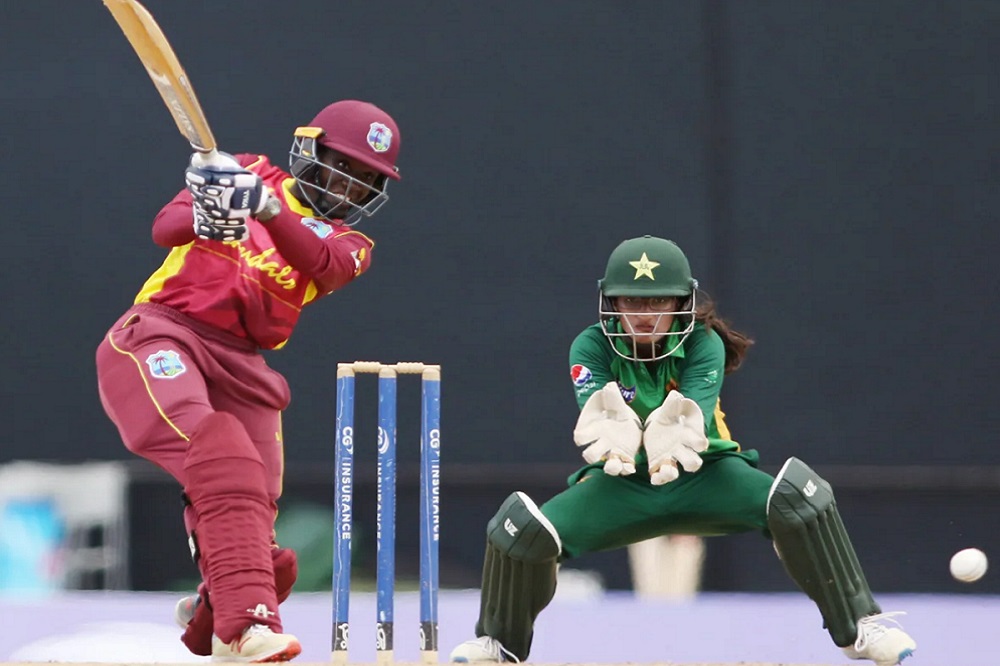 Kyshona Knight shines with the bat

A delayed start and not enough runs on the board were a couple reasons that West Indies Women's vice-captain Anisa Mohammed believes the team lost. Mohammed told CWI Media "I think we fell short by about 15 to 20 runs. At the beginning of the series we kept saying we wanted to score 225 upward that would give them some competition and I think we just fell short today. The pitch was a bit damp at the start so our batters found it a bit hard to score but having Kyshona batting really well and seeing us through, I think just in the middle, coming down to the end we lost too many wickets at crucial times. As bowlers, we weren't as consistent as we should have been."
The West Indies Women lead the CG Insurance ODI series 3-1 with the last match scheduled for July 18 at the the Sir Vivian Richards Cricket Ground in Antigua.

Fatima Sana was the CG Insurance Player of the Match