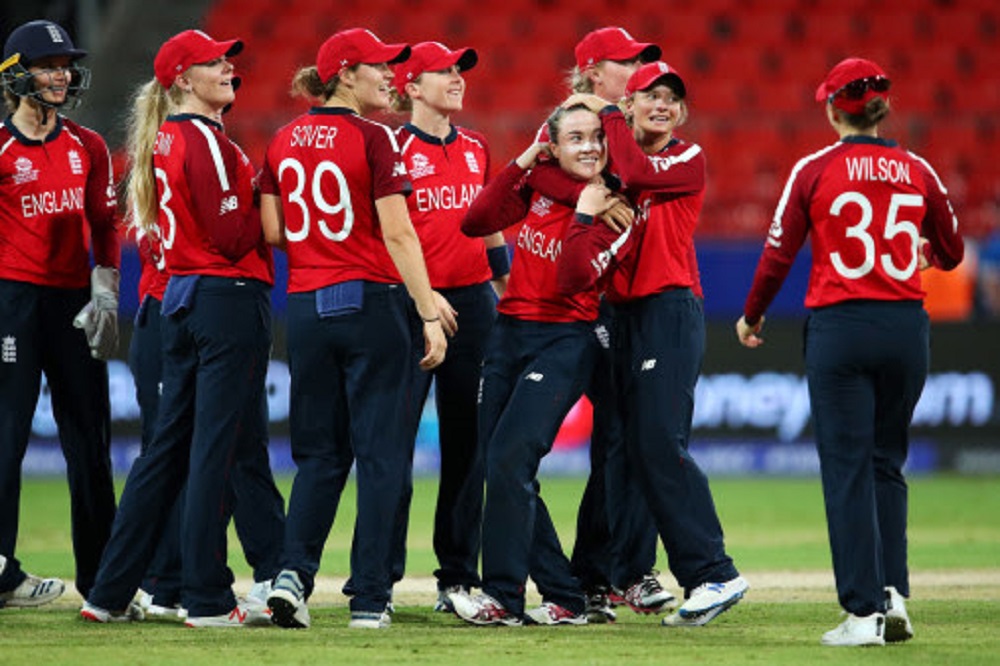 England Women beat West Indies by 46 runs in Sydney to secure qualification for the semi-finals of the ICC Women's T20 World Cup.

Nat Sciver batted brilliantly on a tired and slow wicket to make 57 - her third fifty of the tournament - and some excellent late striking from Amy Jones and Katherine Brunt took England to 143/5.

It's a venue at which India comfortably defended 132 in the tournament opener, and a pitch that saw South Africa ease past Pakistan with 136 in the day's earlier game so West Indies were always likely to be up against it.

They never particularly got into their stride, and ended comfortably short.

The wickets were shared around, but it was a landmark day for Sophie Ecclestone, who became the youngest woman to 50 IT20 wickets and Essex off-spinner Mady Villiers, who took a smart caught-and-bowled chance to claim her maiden World Cup wicket.

England will now wait for Monday's final round of matches to discover their opponents for Thursday's semi-final, with either India, Australia or New Zealand laying in wait.

Heather Knight: "We talked before the game about being really smart on a low wicket and having a batter bat through, which Nat did brilliantly.

"We had a few cameos at the end, which got us up to a really good score on that wicket - both Amy and Katherine did really well to add some late impetus.

"We were really professional with the ball, the spinners in particular. I'm chuffed for Soph, she's been great ever since she came in and to get to 50 wickets at that age is a brilliant achievement."