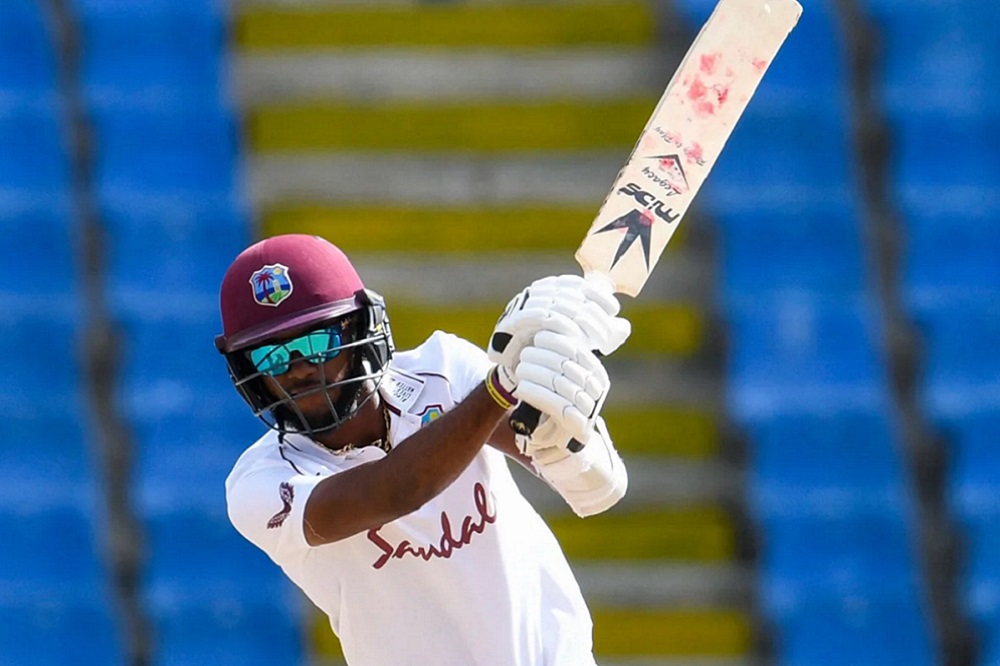 Captain Brathwaite on 99 not out

West Indies captain Kraigg Brathwaite batted all day to end on 99 not out as his team closed the opening day of the second Sandals Test match on 287-7 at the Sir Vivian Richards Stadium.

The opener has so far spent 6 1/2 hours at the crease, faced 239 balls and hit 11 fours. In the process he became the 16th West Indian batsman to surpass 4 000 Test runs. Left-hander Kyle Mayers struck 49 while Rahkeem Cornwall is unbeaten 43 to offer good support.

In the final session West Indies slipped to 222-7 but Brathwaite and Cornwall combined in an excellent unbroken 65-run eighth-wicket stand. Cornwall has so far hit six fours and a towering six over midwicket from 53 balls. For Sri Lanka, seamer Saranga Lakmal was again the best bowler with 3-71.

“Sri Lanka are a very disciplined bowling unit so for me it was about capitalising on the few bad balls and taking my time, letting the ball come to me. I always look to bat ‘time’… the runs will come once you’re out there,” Brathwaite said on the Sandals Player Zone after the day’s play.

He added: “This will be a very crucial first session tomorrow. Obviously, I would like to get a century, but I have to push on a look to get a big score ... it's all about batting for the team and leading from the front. We still have a lot of work to do ... we need to build a bigger score. Cornwall played really well this evening and I know he is capable of adding even more runs so we will look to bat deep.”