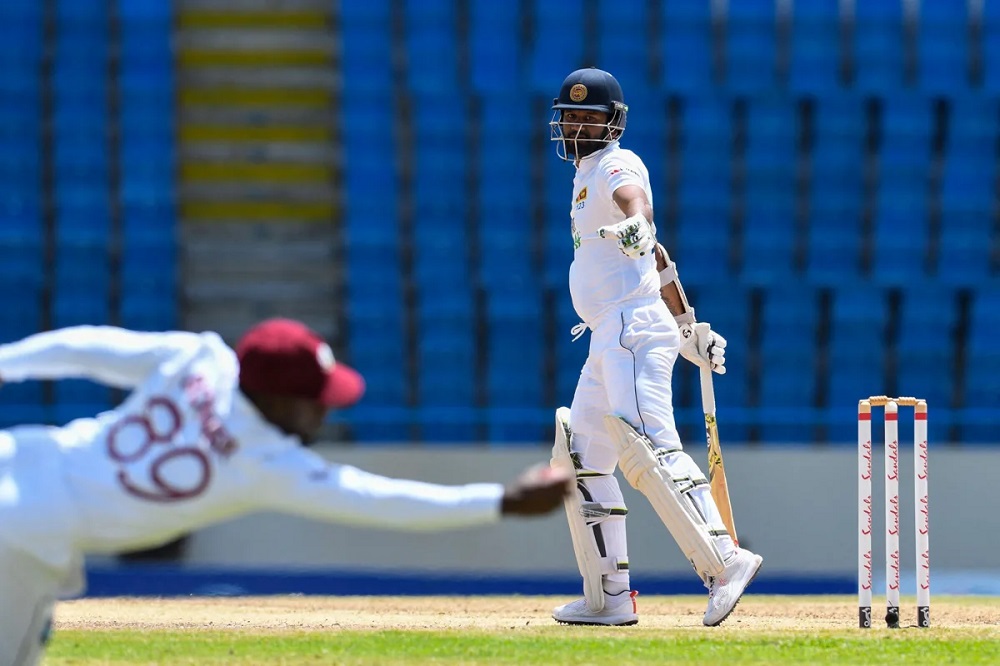 Brathwaite and Cornwall lift WI to 354

Captain Kraigg Brathwaite made a masterful 126 and Rahkeem Cornwall hit a brilliant 73, as West Indies pushed their first innings score to 354 on the second day of the second Sandals Test match at the Sir Vivian Richards Cricket Stadium on Tuesday.

Then in the final two sessions of the day, the home side bowled with great discipline on a placid surface as Sri Lanka reached 136-3 in reply – led by Lahiru Thirimanne with 55 – his third consecutive half-century of the series. The highlight of the day in the field was a magnificent one-handed catch by Nkrumah Bonner who dived from fourth slip to where third slip would be to dismiss left-hander Dimuth Karunaratne off pacer Alzarri Joseph.

West Indies took the initiative in the morning session through a record eighth-wicket stand of 103 between Brathwaite and Cornwall. The day started at 287-7, with Brathwaite on 99. He reached his ninth Test hundred off the second ball with a single to fine leg off pacer Suranga Lakmal – the leading bowler with 4-94. Brathwaite batted for 8-½ hours and he struck 13 fours.

Cornwall started the day on 43 and brought up his half-century in the third over with a boundary behind point. Overall, he hit 10 fours and a six off 92 balls to surpass his previous career-best of 61 made in the first Sandals Test last week.

“I took it upon myself to try to encourage the guys and ensure we kept going through the entire innings today. It was a pretty good effort from the bowlers so far .. this is not the kind of wicket on which you can just blast people out,” all-rounder Jason Holder said on the Sandals Player Zone at the end of the day.

“It’s pretty even-stevens with two set batsmen at the crease at the moment. Our bowlers toiled very hard, we’re still 60 overs in ... if we can grab one of two more wickets before the second new ball then I believe we’ll be pretty much in the game.”