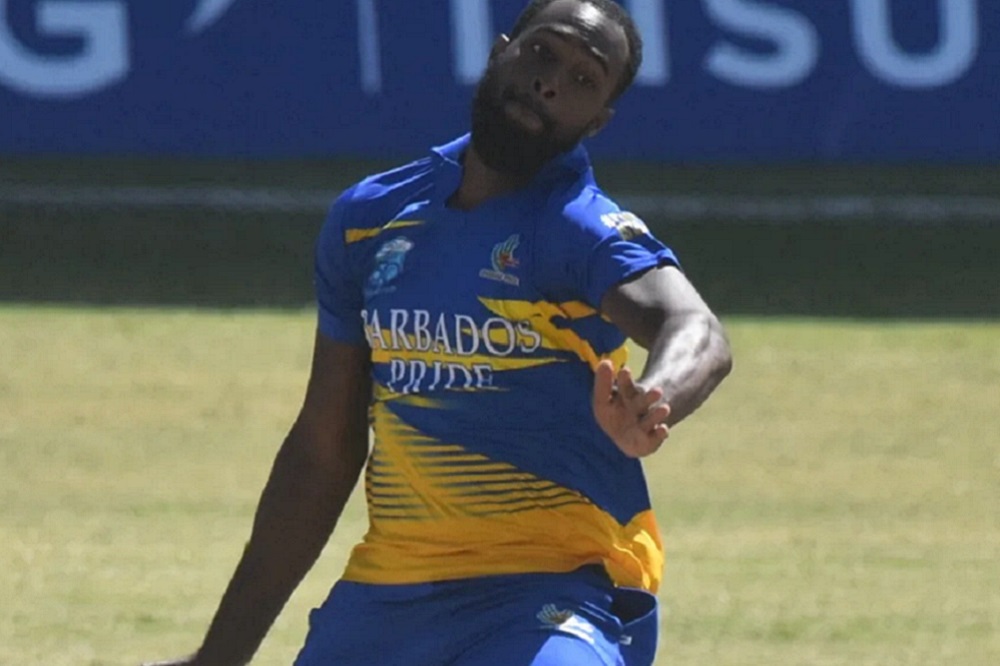 Fast bowler Akeem Jordan took the third five-wicket haul of his List A career to bowl Barbados Pride to a huge win over Windward Islands Volcanoes on Thursday at the Sir Vivian Richards Stadium. Operating from the Sir Andy Roberts End, Jordan ended with 5-26 in a superb ten-over spell to dismiss Volcanoes for 113 in the 35th over – as Barbados won by 173 runs.

Jordan made an impactful return to the starting XI and was the obvious choice for the CG Insurance Man-of-the-Match award. He struck twice in the 14th over when opener Andre Fletcher hit a powerful drive to mid-off and was well caught by Jason Holder diving forward. Kevin Stoute fell two balls later, as he received sharp, lifting delivery which took under-edge and was taken by keeper Shai Hope

Earlier opener Justin Greaves (76) and Shamarh Brooks (61) combined to propel Pride to 286-8 off their 50 overs. The pair added 135 for the second wicket as Greaves hit eight fours and a six while Brooks hit four fours and three sixes. Left-hander Jonathan Carter then made 49 off 54 balls – with 36 of his runs coming in boundaries – to maintain his good form following previous knocks of 58 and 56.

“It feels great… after not having as good a debut (for Barbados) as I would have liked. … to come back with the support of my team-mates, family and friends, I think I made everyone proud today,” Jordan said. “I was relaxed and I just came and did what I normally would do and enjoyed today’s performance. We needed this win … it was well set up by the batsmen, and I was happy to play my part in the overall outcome.”