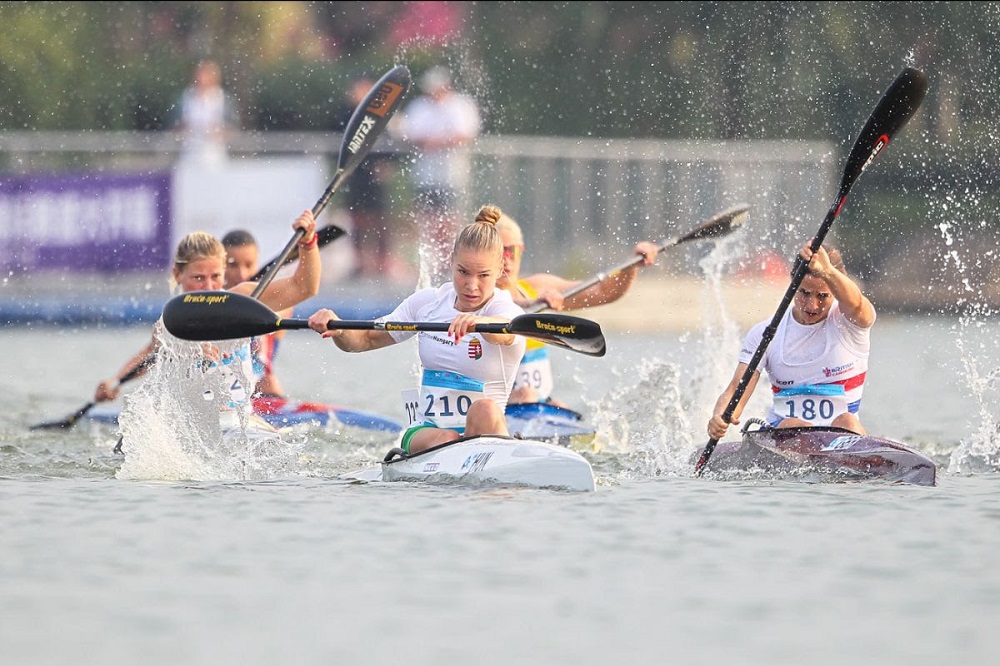 Reigning world champion Vanda Kiszli led a gold medal charge for Hungary while there were also triumphs for Denmark, Ukraine, Spain and France on the opening day of the ICF canoe marathon world championships in Shaoxing, China, on Thursday.

Kiszli will defend her marathon title this weekend, and on Thursday added the new short race world title to her resumé as one of three gold medals for Hungary. Eszter Rendessy won the women’s junior K1 and Benedek Horvath the men’s junior C1.

Denmark’s Nikolai Thomsen and Philip Knudsen quinellaed the junior men’s K1, one of five races on Thursday where one country filled the top two places, underlining the importance or racing together in marathon events.

The addition of the 3.60 kilometre short races to the world championship program proved popular, with Kiszli and Babak both making the transition with ease. Kiszli said she was unsure how the race would unfold.

“It was so quick, we started and then we were on the last lap,” Kiszli said.

“I didn’t know if I would be any good, because I knew the other girls were very fast. So I just focussed on me and did my race.

“It was a good warm-up for me ahead of this weekend. I’m a little bit nervous because I am the world champion, so everyone wants to beat me.”

France’s Carre showed the benefit of a big season of canoe sprint racing with a solid win in the men’s K1 short race, edging out teammate Jeremy Candy for the gold.

“We decided we were going to give it our all together, we knew we were strong, so it gave us a definite advantage.

“It’s really narrow in places, so a lot of one-one-one racing, so it was a very hard race.”