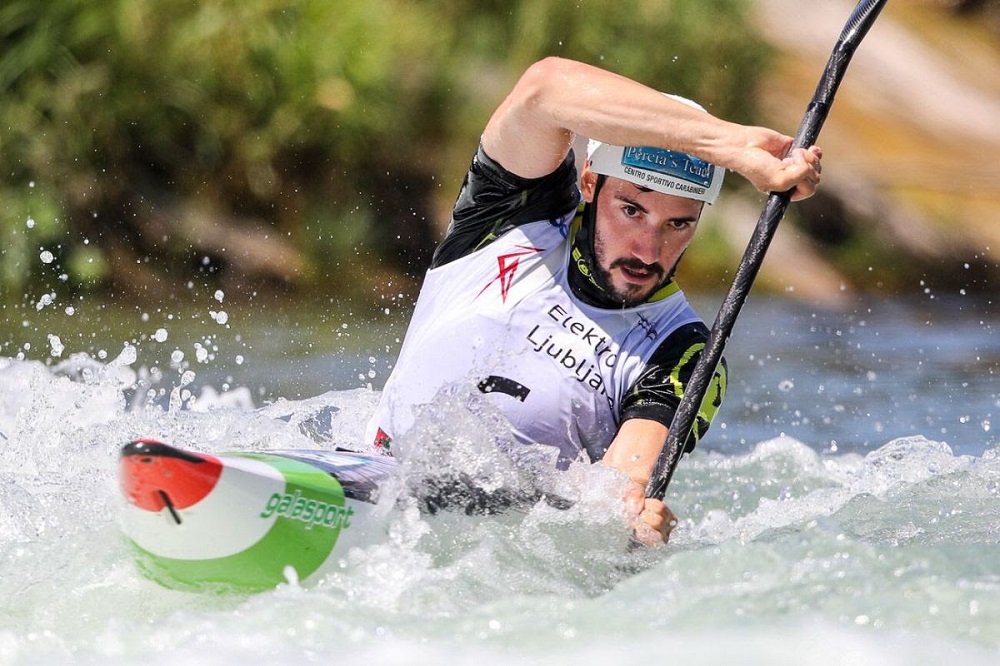 Italy recorded its best ever world cup result and Australia’s Jessica Fox returned to the winner’s podium for the first time this season on a dramatic final day of the third ICF canoe slalom in Tacen, Ljubljana.

And there was an incredible bronze medal for 15-year-old American, Evy Leibfarth, competing at just her second world cup.

Giovanni De Gennaro won the men’s K1 final, adding his gold to those won by teammates Stefanie Horn in the women’s K1, and Roberto Colazingari in the men’s C1.

De Gennaro broke the hearts of a jam-packed Slovenian crowd by edging out local favourite, Peter Kauzer, by just 0.05 seconds.

“It was very stressful for me, watching all these guys coming down, but I think I had good luck and I had a good run,” De Gennaro said.

“It’s amazing, Italy has won three gold medals in the past five years, and now we win three in two days. It was hard for me to race after two golds because the expectation was really high.

“I feel good, I just hope I can be this consistent in important races as well, like the world championships.”

The Italian finished with a penalty free 83.10, with Kauzer recording 83.15. Czech Jiri Prskavec finished third in 84.97, which included a two-second penalty which cost him the gold medal.

After dominating the 2018 season, Australian multiple-world champion Jessica Fox has struggled to find her groove this year. But she made a long overdue return to the top of the podium on Sunday, posting 103.06, including four seconds of penalties, to win the C1 gold.

24 hours earlier Fox had been left devastated after picking up a 50 second penalty which kept her out of the K1 final.

“It’s been a hard start to the year, and yesterday I was really upset and disappointed with my race in not making the final, so I really wanted to bounce back today and show what I could do,” Fox said.

“There were a couple of mistakes in that run, but overall I’m super happy and super proud.

“I train to do my best, and strive for excellence in every run, and when it doesn’t happen it’s disappointing. So you do put pressure on yourself, but you have to learn. Everyone is vulnerable.”

Austria’s Viktoria Wolffhardt was second in 104.22, while teenage Leibfarth picked up the bronze in 110.69. After making both the K1 and the C1 at her debut in Bratislava one week earlier, she followed up with another two finals in Tacen and topped it off with the C1 bronze.